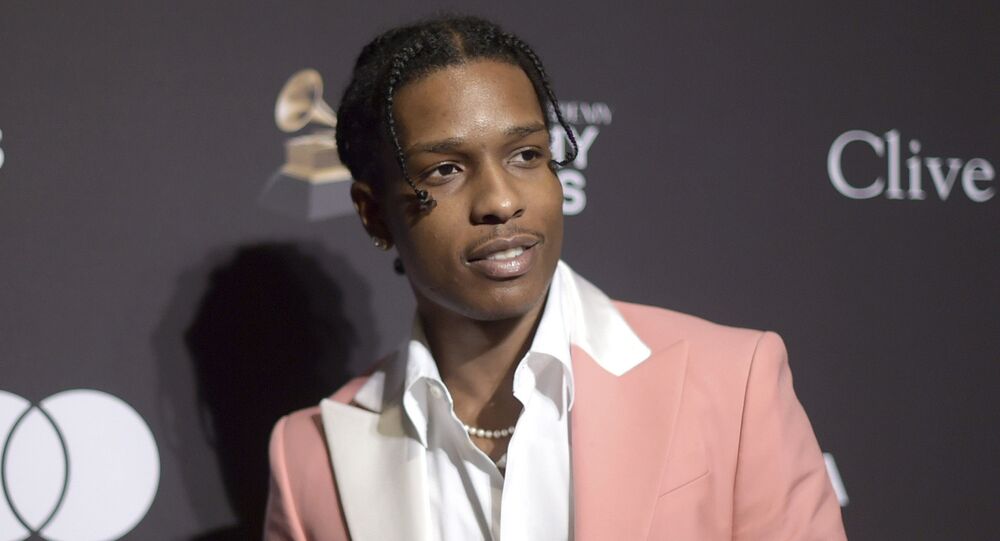 In a series of tweets late last month, President Donald Trump demanded that Sweden should “give [US rapper] A$AP Rocky his freedom”. Stockholm responded by stating that the Swedish judicial system is independent and that “everyone is equal before the law”.

A Swedish court has found US Rapper A$AP Rocky guilty of assault, convicting him to a suspended sentence.

“In an overall assessment the court finds that the assault has not been of such a serious nature that a prison sentence must be chosen. The defendants are therefore sentenced to conditional sentences”, the court said in a statement referring to two members of A$AP Rocky’s entourage being convicted of the same crime.

The verdict doesn’t mean that ASAP Rocky and his bodyguards, who were released on 2 August and returned to the United States, will have to return to prison as they were given "conditional sentences”, meaning they don’t have to serve jail terms unless they commit new offences in Sweden.

The musician, whose real name is Rakim Myers, has spent nearly a month in Swedish jail on charges of assault and causing actual bodily harm during a street melee in Stockholm on 30 June.

© REUTERS / Mario Anzuoni
A$AP Rocky performs "I'm Not the Only One" with Sam Smith (not pictured) during the 42nd American Music Awards in Los Angeles, California November 23, 2014

The prosecutors said that the Grammy-nominated rapper and his bodyguards "deliberately, together and in agreement" attacked a local man, Mustafa Jafari, on 30 June. Rocky claimed to have acted in self-defence.

Later that month, President Donald Trump said that he had spoken to Swedish Prime Minister Stefan Lofven about A$AP’s case.

Give A$AP Rocky his FREEDOM. We do so much for Sweden but it doesn’t seem to work the other way around. Sweden should focus on its real crime problem! #FreeRocky

Shortly after, however, Trump tweeted that he was “very disappointed” over Lofven being “unable to act”, urging the Swedish PM to “treat Americans fairly”.

A spokesperson for Lofven said that the Swedish judicial system was independent and that the country's government "cannot interfere in legal proceedings". In Sweden, “everyone is equal before the law”, the spokesperson emphasised.

Daniel Suneson, the Swedish prosecutor in charge of the A$AP Rocky case said that during the investigation, he had not spoken to any White House officials or those from the Swedish government.

There was “an obvious risk that these three suspects would leave the country if they were released,” Suneson added.

Rocky's almost month-long detention before trial prompted many angry responses from fans as well as from several artists and other celebrities ranging from Kim Kardashian to fellow rappers. A petition to free the artist gathered over 600,000 signatures.

Once the rapper and his bodyguards were released, President Trump cheered their return to the United States.