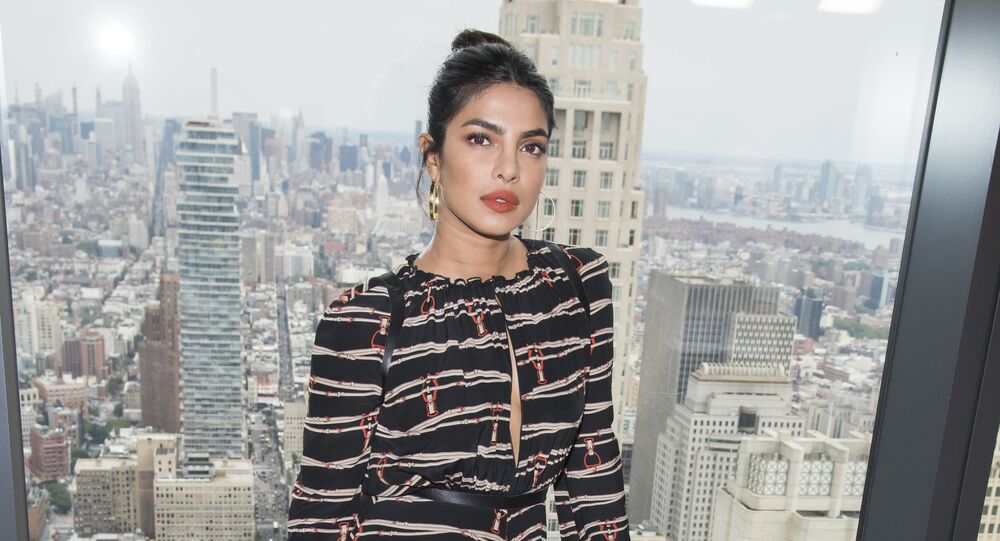 Baywatch star, Indian actor and pro-women activist Priyanka Chopra has told a Los Angeles fashion and beauty festival audience that although she’s deeply pacifist and can boast friends in neighbouring Pakistan, she remains loyal to her homeland, yet admitting there is obviously the golden mean to stick to when interacting.

Bollywood A-lister Priyanka Chopra was taking the floor at the Beautycon Los Angeles Saturday afternoon, when a Pakistani woman from the crowd yelled at her, questioning her role as a United Nations Goodwill ambassador and her tweet in support of the Indian Army where she wrote: “Jai Hind (Long live India) #IndianArmedForces”.

“You are United Nations Goodwill ambassador for peace and you are encouraging nuclear war in Pakistan. There is no way you are in this ...As a Pakistani, millions of people, like me, have supported you in your business”, the audience heard her saying , before her voice fades away as Priyanka says from the stage, “I hear you!”

In response to the verbal attack, Priyanka in a markedly self-composed and soothing manner said that she has a handful of friends from Pakistan, while she herself is ethnically Indian:

“War is not something I’m really fond of but I am patriotic, so I’m sorry if I hurt sentiments to people who do love me and have loved me”, she was captured on a Twitter user’s video as saying.

That Pakistani girl who jumped @priyankachopra was very disrespectful! #BeautyconLA smh i was supposed to be the next one to ask a question but she ruined it for all pic.twitter.com/KrLWsLEACa

She then addressed the Pakistani woman’s remark stressing the importance of treading the “middle ground” between the two conflicting sides:

“I think that all of us have a, sort of, middle ground that we all have to walk. Just like you probably do as well. The way that you came at me right now... girl, don’t yell”.

“We’re all here for love”, she generalised, before going on to speculate on women empowerment issues suggesting the fair sex is great at “running the show”:

“The more opportunity we create for each other, the more sisterhood will grow. We’re 50 percent of the world population; we need to be represented in every field. We need to be empowered by each other, by people who are in positions of power, by putting [women] in positions of power”, Priyanka noted, dwelling on her own practice of championing women:

“I realized many, many years ago, the more I champion women in my own small way, maybe I’ll be able be able to create a world, around me at least, where women run the show. Because we kinda do it really well”.

The Pakistani-Indian conflict is deeply rooted in a long-standing  territorial dispute, with the Kashmir region, the southern part of which lies in India's Jammu and Kashmir state, having been an apple of discord in the two countries' bilateral relations since the two gained independence from Britain in 1947. Tensions soared earlier this year, 16 years after the sides reached a ceasefire in 2003 along the LoC set up in in 1972, after a third war between India and Pakistan. The conflict shows no signs of abating, as the two nations claim the abovementioned territory, albeit virtually controlling only fragments of it.

In late February, according to New Delhi, a militant group based on the Pakistani side of the province of Kashmir attacked Indian security forces, killing several dozen people. India's Air Force conducted airstrikes on Pakistan in response to the assault, with clashes along the border still ongoing.