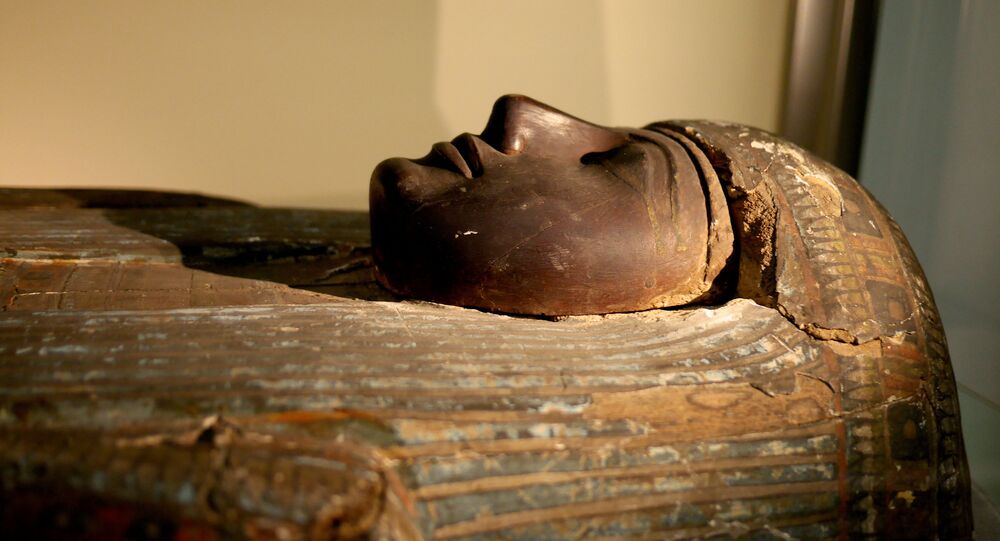 Archaeologists have sounded the alarm over Egypt's plans to relocate an ancient burial chamber accidentally found during a police raid on an illegal excavation site.

Egypt's Ministry of Antiquities has decided to relocate an ancient tomb, discovered at the Al-Dayabat archaeological site in the province of Sohag to the New Administrative Capital's museum, sparking a wave of indignation from researchers.

"In the new Administrative Capital's Museum, all of the important figures, and tourists from all around the world will have the chance to see the tomb, which will allow thousands if not millions of people to enjoy it", Moustafa Waziri, the secretary-general of Supreme Council of Antiquities, said.

The Ptolemaic tomb belongs to a nobleman called Tutu and his wife, who was said to be a musician for the Ancient Egyptian goddess Hathor.

According to The Sun, following the recent statement by the ministry, the walls of the tomb have been cut to pieces so it could be transported more easily. The decision to dissemble the burial chamber was justified by the ministry as a necessary move to save the tomb from being "in an extremely remote location, where it is [currently] isolated [and] can be subjected to ravage, or robbery".

Archaeologists have, however, voiced their concerns that the well-preserved tomb could be damaged in the move, while the UK tabloid speculated that the relocation would trigger the "curse of the pharaohs" that would be unleashed on anyone who disturbs the mummy.

Normally, Egypt sticks to Article Seven of the Venice Charter for the Conservation and Restoration of Monuments and Sites stipulating that, "A monument is inseparable from the history to which it bears witness and from the setting in which it occurs. The moving of all or part of a monument cannot be allowed except where the safeguarding of that monument demands it or where it is justified by the national or international interest of paramount importance".

But this time that's not the case.

"Relocation of this tomb is a clear violation to the Venice Charter for the restoration of historical places; and what the ministry is doing is all about destroying this antiquity, instead of saving it", Egyptian archaeologist Monica Hanna told Daily News Egypt.

The tomb has two small rooms with two limestone sarcophagi and some 50 mummified animals, as well as a mummy which hasn't been identified yet.