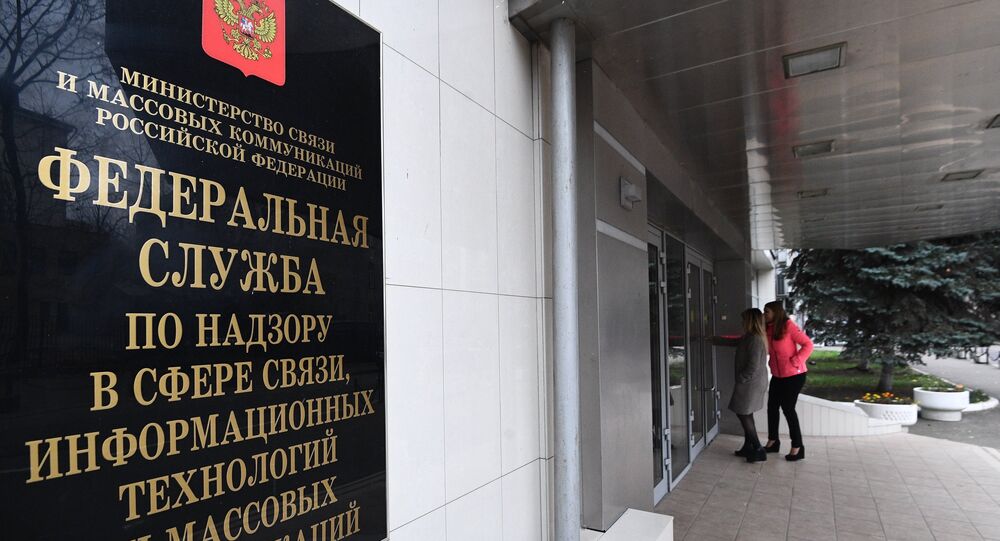 MOSCOW (Sputnik) - Roskomnadzor said in a statement that it intended to prepare amendments to the national legislation in order to provide a tit-for-tat response to foreign nations' bias toward Russian media, following UK regulator Ofcom's move to slap RT broadcaster with a fine for allegedly violating impartiality rules.

"Since Roskomnadzor has repeatedly stressed that it will apply the 'tit-for-tat' principle if Russian media face bias abroad, it announces officially that it will prepare in the coming days amendments to the Russian legislation. The aim of these amendments is to align with UK standards Russia's regulations related to foreign media working in Russia. The channel for consultations with the UK media watchdog has already been opened", Russian telecommunications watchdog Roskomnadzor said.

The statement comes after the Russian Foreign Ministry has reacted on the matter, calling Ofcom’s decision to penalise the RT broadcaster an "act of direct censorship", adding it was part of a wider anti-Russian campaign.

Ofcom fined RT 200,000 pounds ($248,000) on 26 July for "serious failures to comply with our broadcasting rules", claiming it did not preserve "due impartiality" in seven shows broadcast between March and April 2018.

RT said it was wrong to impose the fine without waiting for a court decision, while the Russian Foreign Ministry warned UK media of possible consequences.