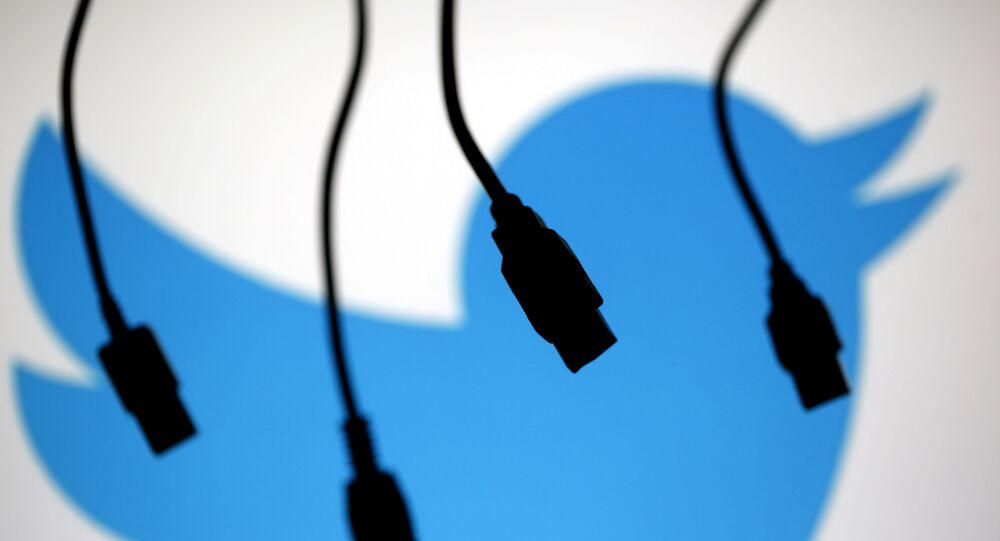 The Russian Embassy in South Africa has speculated that the account was suspended after "it posted factual criticism" of the controversial White Helmets NGO.

Moscow sees Twitter suspending the account of the Russian Embassy in Syria as censorship and violation of freedom of speech by Twitter, the Russian Foreign Ministry wrote in a statement on Wednesday.

The official account of the #Russian #Embassy in #Syria was blocked by @Twitter yesterday without any explanation. We consider it as act of #censorship & flagrant #violation of the #FreedomOfSpeech committed by the social media administration. pic.twitter.com/19fj4oliK1

“Twitter suspends accounts that violate Twitter rules,” the default notice on the grayed-out page of @RusEmbSyria reads without elaborating.

At the same time, the Russian embassy in South Africa suggested that Twitter suspended the account of the Russian Embassy in Syria “after it posted factual criticism of the White Helmets,” quoting the Russian Defence Ministry.

🕵️‍♂️ Thought police is already here - @twitter suspends account of the Russian Embassy in #Syria (!) after it posted factual criticism of the #WhiteHelmets, quoted @mod_russia data. Wasn't verified account yet - only proves "ordinary" accounts not allowed to have differing opinions pic.twitter.com/sMUZRvbidx

Before the suspension of the account, it is believed to have quoted the Russian Defence Ministry that had slammed allegations by the self-styled humanitarian rescue group White Helmets about the Russian military’s presence in Syria’s Idlib province.

Earlier, the Russian Defence Ministry posted on its Twitter page a video proving that a market in the Maarat al-Numan area in Syria’s Idlib province is undamaged and fully operational.

The tweet was in response to the White Helmets’ allegations that the market was “destroyed” by Russian airstrikes on 22 July.

“On 26 July 2019, Russian unmanned aerial vehicles filmed the area to check reports about ‘the destruction’ of the market in Maarat al-Numan. As can be seen in the frames obtained by means of objective control, there are no signs of destruction in the area,” the tweet reads.

Earlier, the Russian Defence Ministry denied a recent report by Reuters which claimed that Russia had recently sent its ground troops and special forces to the northwestern Syrian province of Idlib to fight alongside the Syrian Army against the opposition.

The Syrian and Russian governments have repeatedly blamed the White Helmets for staging a number of provocations in Syria involving the use of chemical weapons in order to create a 'false flag' incident where the Syrian government is implicated and provide the Western countries with a plausible pretext for intervention in the Arab Republic.

The notorious NGO has more than once been busted staging and filming false-flag attacks, including the one last April, when the White Helmets published footage featuring doctors in Douma hospitals treating patients that had suffered from an alleged chemical attack launched by the Syrian army.

Last year, the Russian Foreign Ministry said in a statement that “there is a lot of evidence proving that the White Helmets are virtually a branch of the terrorist organisation al-Nusra*, which is included in the UNSC's sanctions list”.

“We are sure that everyone will see, sooner or later, the White Helmets’ genuine face. We are urging their Western sponsors to realise things as they are and stop defending those who are in actual fact provocateurs and extremists”, the statement emphasised.