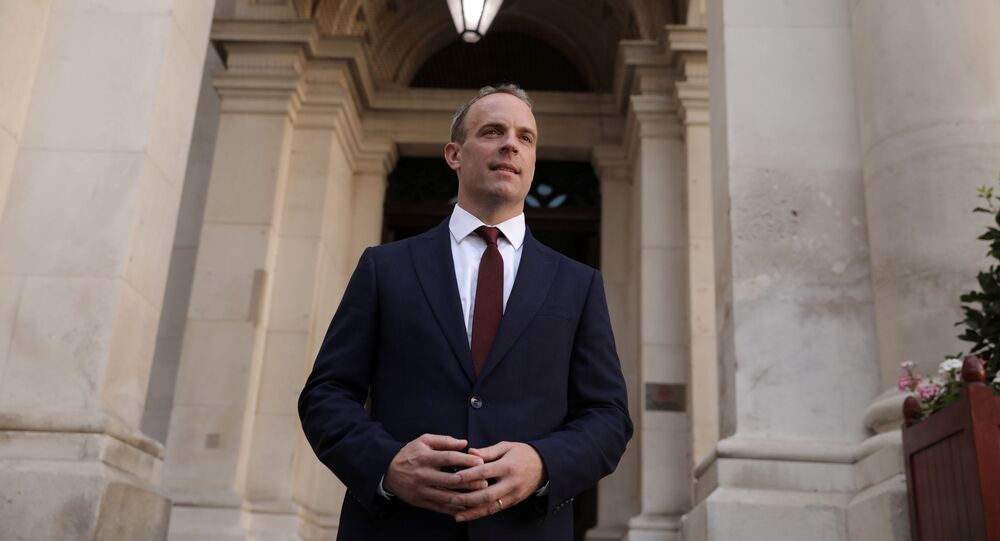 The relations between the UK and Iran have been under strain after the Iranian Revolutionary Guard Corps detained a UK-flagged oil tanker earlier this month. The seizure comes against the backdrop of the detainment of an Iranian-flagged vessel off Gibraltar.

UK Foreign Secretary Dominic Raab on Sunday rejected the idea of a tanker exchange between Iran and the United Kingdom.

"There is no quid pro quo", Foreign Secretary Dominic Raab told BBC radio. "This is not about some kind of barter. This is about international law and the rules of the international legal system being upheld, and that is what we will insist on."

The Foreign Secretary called on Tehran to adhere to international regulations if the Islamic Republic wants to be perceived as a responsible actor on the international arena.

"If the Iranians want to come of the dark and be accepted as a responsible member of the intentional community they need to adhere to the rules-based system of the international community," Foreign Secretary Dominic Raab said. "You cannot go about detaining unlawfully foreign vessels."

Iran and the United Kingdom have experienced a significant decline in their bilateral relations amid a series of tanker seizures over the past month.

The Iranian-flagged Grace-1 oil supertanker was detained on 4 July by Gibraltar's authorities assisted by UK marines. The territory claimed that the vessel was transporting oil to Syria in violation of EU sanctions against the Assad government. Tehran rejected the allegations stressing that Britain compromised maritime security by seizing the ship.

Two weeks later, The IRGC seized the UK-flagged Stena Impero oil tanker in the Persian Gulf. According to Tehran, the ship breached maritime rules, ignored warnings from the military, switched off its positioning device and collided with an Iranian fishing boat.

However, Iran underlined that the seizure of the tanker was not a retaliatory move for the detention of the Grace-1 off Gibraltar.