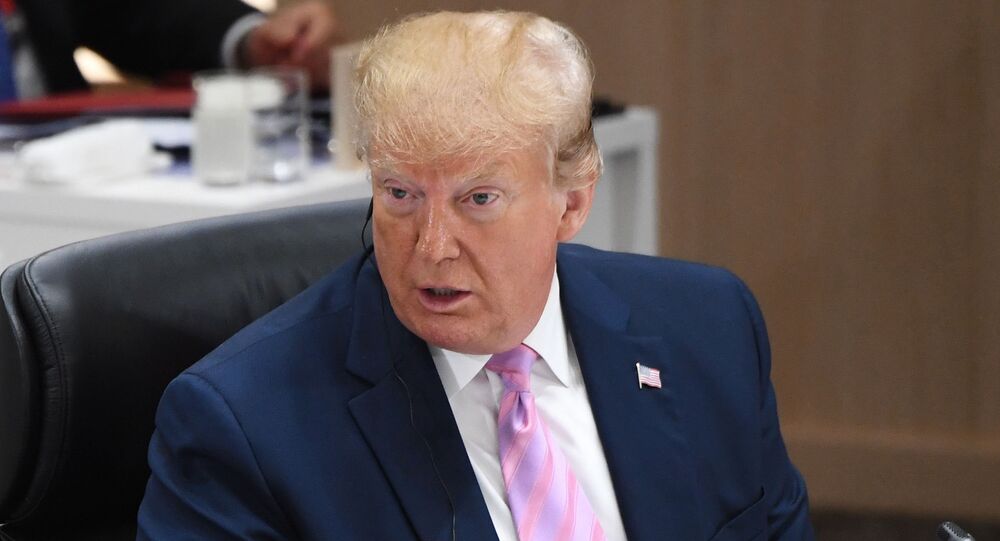 WASHINGTON (Sputnik) - President Donald Trump on Tuesday took another shot at British Ambassador to the United States Kim Darroch, calling him a "stupid guy" after leaked diplomatic cables from the envoy described Trump as "inept and "incompetent."

"The wacky Ambassador that the UK foisted upon the United States is not someone we are thrilled with, a very stupid guy," Trump said in a statement posted on Twitter. "I don’t know the Ambassador but have been told he is a pompous fool."

​The president also called out UK Prime Minister Theresa May for her failure to deliver a Brexit deal.

"I told [Theresa May] how to do that deal, but she went her own foolish way-was unable to get it done. A disaster!" Trump said in a separate tweet.

On July 6, the Daily Mail newspaper published excerpts from confidential cables that the ambassador had sent to London in which the diplomat described the White House as "uniquely dysfunctional" and warned that Trump could end up in "disgrace."

Trump on Monday lashed back at Darroch, saying that the diplomat had not served his country well and that Washington was not a "big fan" of his. Trump also said the US would cut off contact with Darroch, though the ambassador remains in his post.

Reacting to the situation, UK Prime Minister Theresa May's spokesperson said that the ambassador had May's "full support", while UK Foreign Secretary Jeremy Hunt said that London would not allow "any interruption" to its "superb relationship" with the United States.