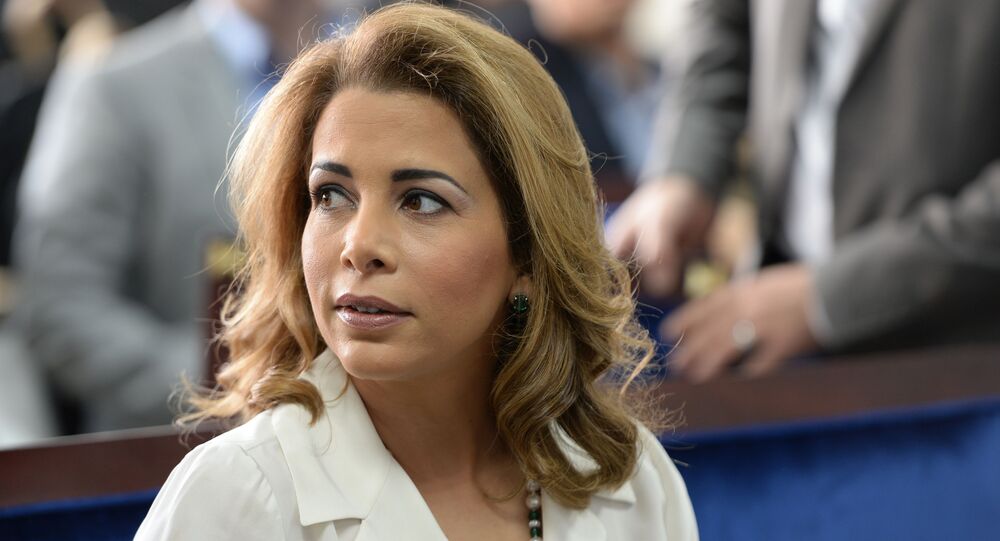 The story about the princess’s escape from Dubai has got a romantic spin in light of new allegations that have surfaced in British media.

Princess Haya, the wife of the powerful Dubai ruler, is hiding in London after her husband became disturbed with what he viewed as her closeness to a foreign bodyguard, The Times has claimed citing anonymous sources in the Middle East.

It is alleged that Sheikh Mohammed bin Rashid Al Maktoum had suspected that his junior wife had “inappropriate intimacy” with a married former British army officer, who provided security for the family, as she lavished him with gifts.

The officer is understood to be working for UK Mission Enterprise Ltd., a London-based company providing private assistance and concierge services to the Dubai ruling family.

The princess, a half-sister of Jordan’s King Abdullah II, allegedly ran away last month “in fear of her life” along with their two children, a 7-year-old son and 11-year-old daughter, and is said to be hiding in a gated London mansion.

© AFP 2020 / Stringer
UAE Prime Minister and Dubai Ruler Sheikh Mohammed bin Rashid al-Maktoum (L) stands next to his wife Princess Haya bint al-Hussein during the presentation of a UN report on funding for humanitarian aid on January 17, 2016, in the Emirate of Dubai.

While there has been no official confirmation from the Dubai government or the UK on the matter, an Instagram account thought to be linked with Sheikh Mohammed has posted a furious poem accusing an unidentified woman of betrayal.

Reports have emerged that Princess Haya initially fled to Germany to seek asylum, and is also asking for a divorce.

Her husband, who is also the UAE vice president and prime minister, has applied for divorce, and the case will be heard in the UK High Court late this month, according to Time magazine.