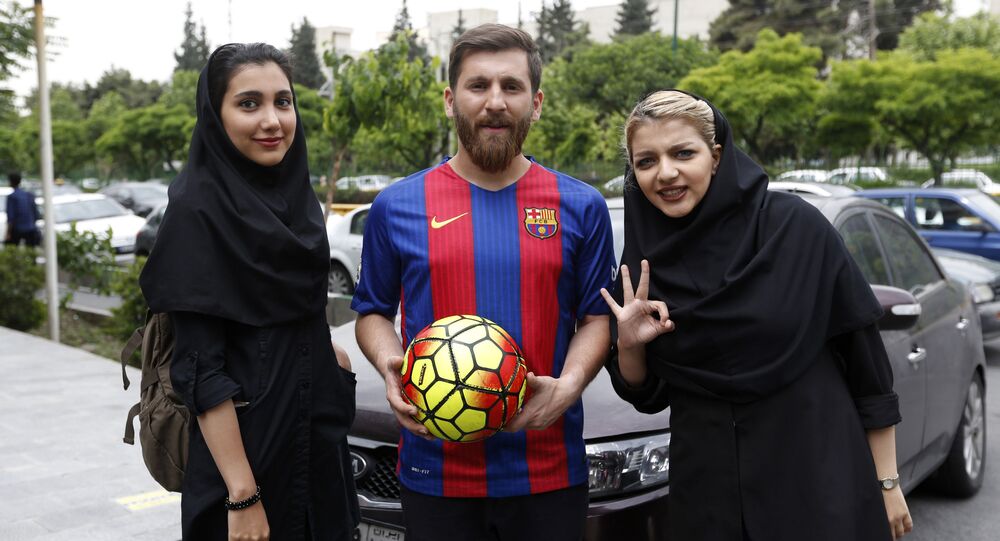 Lionel Messi’s doppelganger said the speculation has resulted in people harassing him and his family, but appeared all set to defend his name.

An Iranian man has denied using his striking resemblance to Barcelona star Lionel Messi to take advantage of women.

Reza Parastesh, who has been pursuing a successful online career positioning himself as a perfect Messi look-alike, faced the accusations this week.

As initially reported by Spanish newspaper Marca, Parastesh has slept with at least 23 women who believed him to be the real Messi, and was reported to authorities.

But Parastesh, 27, was quick to rebuff the accusations as “false news”.

“A piece of false news has been trending on social media with regards to me sleeping with 23 women because they thought I was Lionel Messi", he said in an Instagram post.

“Please do not play with people’s reputation and credibility. We are all aware of the fact that if it actually happened to anyone, there would be some complaints and it would lead to my prosecution", he continued. “That would be a disaster and a calamity of international proportion. If this news was true, I would be in jail right now".

He also promised to fight the speculation through legal action to make sure his name is “clear”.

In an interview with Nigerian TV channel Oma Sports, the "Iranian Messi" admitted that he and his family had been “severely harassed” in the wake of the report.

Parastesh shot to internet stardom in 2017, after photos of him wearing Messi’s No. 10 jersey made their way to social media. His Instagram following has since skyrocketed from several thousand to nearly 700,000, reportedly opening the door to modelling contracts and advertising offers.

While visiting Russia during last year’s World Cup in Russia, he said he was a businessman and owned shoe and mobile phone shops in Iran. He also admitted that he didn’t reveal his identity to the many people who come up to take a photo with him because he didn’t “have time to explain” that he is his body double.