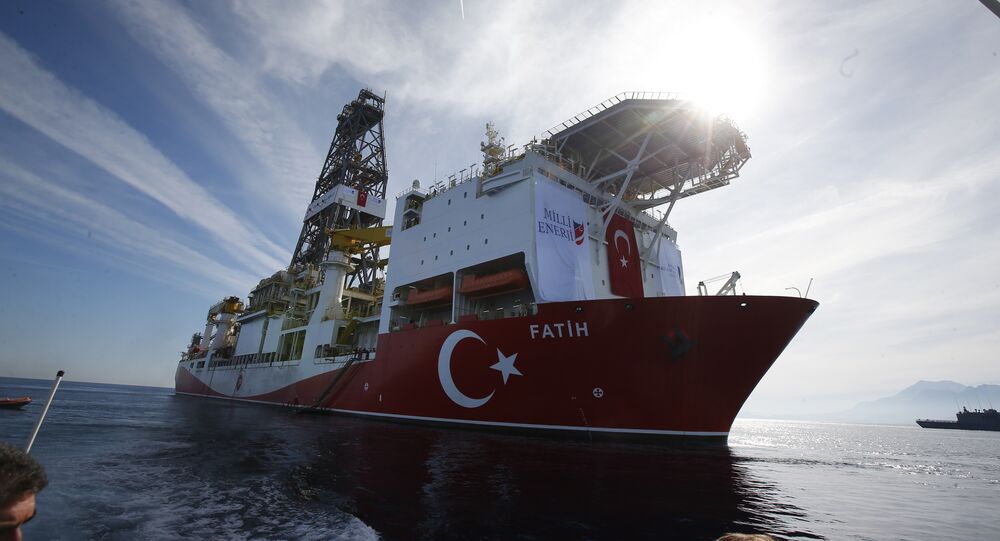 MOSCOW (Sputnik) - The European Union's meddling in the ongoing dispute between Cyprus and Turkey over the drilling of natural resources in the waters near the island nation will not help resolve the crisis and only deteriorate the situation, Ozturk Yilmaz, a member of the Turkish parliament, told Sputnik.

"As for Juncker's statement, I can say that the EU can take any action, but I don't think that way will help solve the problem. On the contrary, it will deteriorate the crisis [along] with Turkey’s retaliatory measures. In fact, this is not an EU business. Any meddling from third parties will not be helpful but definitely harmful", Yilmaz said.

According to the lawmaker, Turkey’s drilling will continue and create further problems for both sides unless an acceptable solution to the Cyprus issue is found.

"Areas where drilling are underway, are contentious as to which side there are belonging to. I see more political tension than the risk of military confrontation", Yilmaz said.

The lawmaker then suggested that the only possible way out of the current situation would be an independent two-state solution.

The statement comes after EU Commission President Jean-Claude Juncker said on 21 June that Turkey's activities off the coast of Cyprus were unacceptable, warning Ankara that it could expect a tough response after Turkey sent the second ship to search for hydrocarbons in the waters in question.

The large natural gas deposit off the southern coast of Cyprus has been the source of contention, with Turkey strongly opposing the island nation's exploration efforts. Each side claims the natural resources in this area as theirs by right.

Cyprus has been de facto divided since Turkey invaded the island in 1974. The Turkish Republic of Northern Cyprus was declared in 1983 and is recognised only by Turkey.