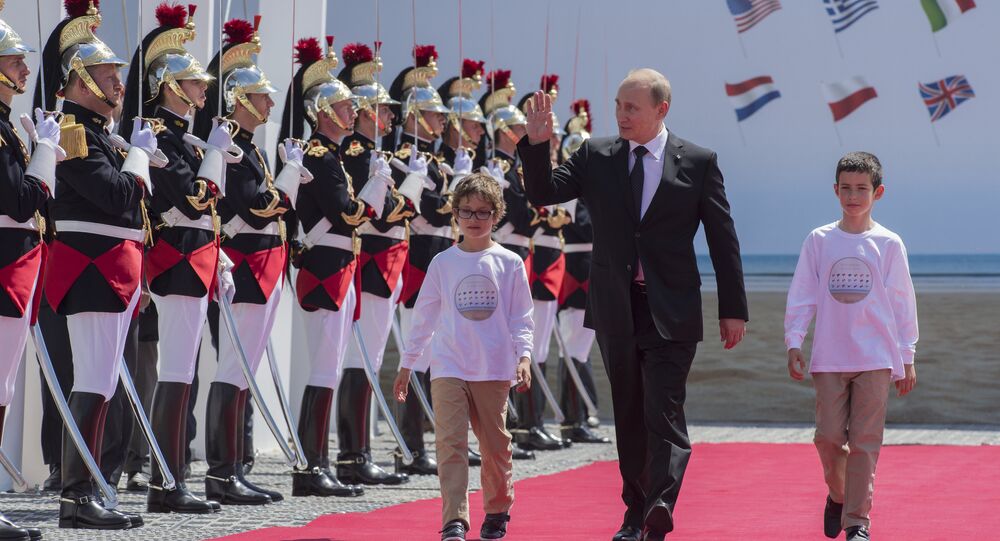 PARIS (Sputnik) - France has not invited Russian President Vladimir Putin to attend the 75th anniversary of D-Day, since the ceremony will be led by PM Edouard Philippe, the Elysee Palace told Sputnik on Tuesday, apparently suggesting that Putin was not invited because it was the head of government leading the ceremony and not the head of state.

"President Putin was not invited as the international ceremony, which is to take place in Normandy, will be led by the [French] prime minister, [Edouard Philippe]", the Elysee said.

The administration of the French president, however, did not specify whether other Russian officials and representatives had been invited. A number of foreign leaders, including UK Prime Minister Theresa May and US President Donald Trump, are expected to attend this year's ceremony in France.

Kremlin spokesman Dmitry Peskov said earlier in May that the Russian President was not planning to attend the upcoming ceremony.

© Sputnik / Alexey Nikolsky
France Appreciates Russia's Offer to Help Rebuild Notre Dame - Envoy
Putin took part in the commemoration of the 70th anniversary of the Normandy landings back in 2014. During the event, he held talks with then-US President Barak Obama.

D-Day, or the Normandy landings, was the largest seaborne invasion in history that took place on 6 June, 1944, during World War II and was carried out by the Western Allies. D-Day marked the beginning of the liberation of German-occupied France and the opening of the second front.