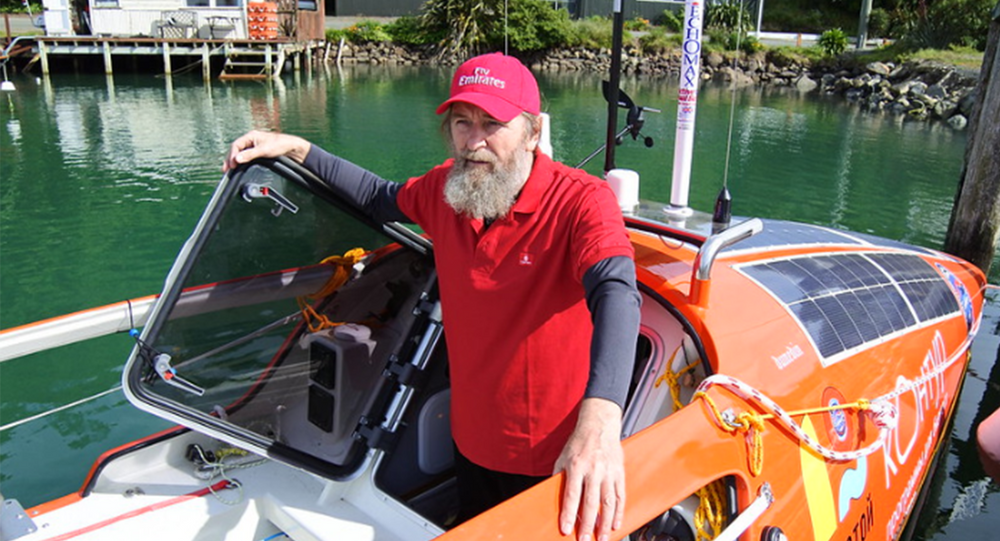 MOSCOW (Sputnik) - Russian adventurer Fedor Konyukhov, who is currently on his round-the-world voyage aboard a solo rowboat, became on Thursday the first person in history to cross the southern part of the Pacific Ocean, from New Zealand to Chile, the Ocean Rowing Society said.

"On May 9, 2019 at approx. [approximately] 18:00 UTC Fedor [Konyukhov] crossed the finish line of Diego Ramirez [Islands] Longitude (68.68W [West]) within vicinity of land and with this has officially completed his row across the South Pacific Ocean from west to east," the Ocean Rowing Society International said in a statement.

It took Konyukhov 154 days to complete the first stage of his round-the-world row, which is expected to consist of three phases.

Youtube / Sputnik
65 Years in Search of Adventure: Russian Traveler Konyukhov Celebrates Birthday
The record comes at a time when the famous Russian survivalist and explorer plans to complete his solo circumnavigation of the Southern Hemisphere on an ocean rowboat by 2020. The whole voyage includes the route from New Zealand’s port city of Dunedin to Cape Horn in Chile, which Konyukhov completed on Thursday, then from Chile to Cape Leeuwin in Australia, and finally from Australia to New Zealand.

In 2016, Konyukhov also dared to break a world record and performed a non-stop solo hot air balloon flight around the globe in just 11 days and four hours. He covered over 21,800 miles.

In 2013-2014, he finished a solo-rowing non-stop voyage across the Pacific Ocean, reaching the Australian coast after a 159-day adventure.

In 2002, the adventurer set a world record by crossing the Atlantic Ocean solo on a rowboat in 46 days and four hours. The record remained intact for around 11 years.