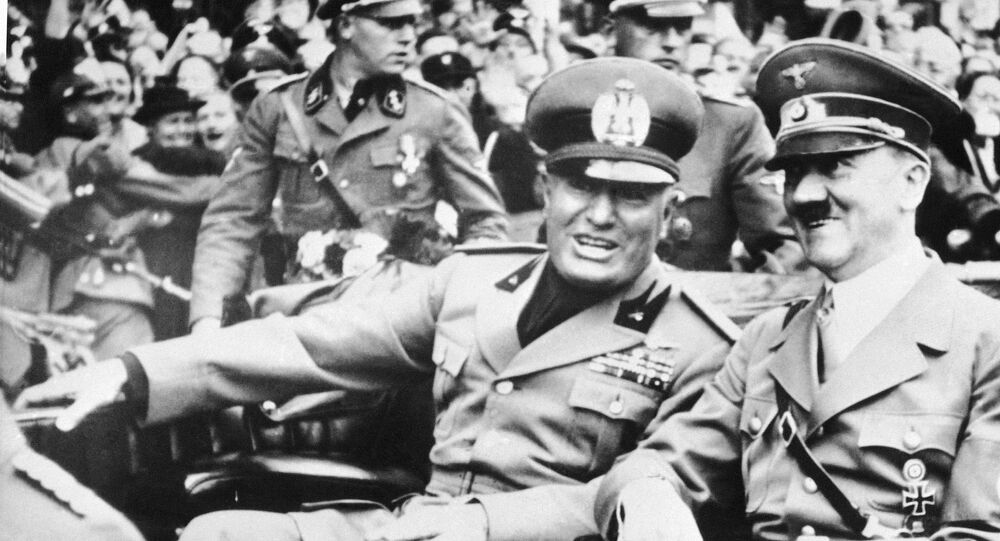 An estimated 150 major US corporations had major business ties with Nazi Germany ahead of and even during World War 2. Now, an Israeli researcher says he has uncovered information that the executives from at least one of those companies had reasons for supporting Hitler beyond the mere profit motive.

Hebrew University doctoral candidate Nadan Feldman has identified what he believes is a web of ideological connections between American chemical giant DuPont and Nazi Germany.

Spending several years digging through financial and regulatory reports and back and forth correspondence between DuPont and the Nazis in US and German archives, Feldman told Haaretz that "the main motive" in cooperation between the Delaware-based firm and German companies like IG Farben, makers of the infamous Zyklon B chemical used at Nazi extermination camps, was ideology, not profit.

The researcher pointed out that DuPont executives began providing support to Adolf Hitler and the Nazis in the 1920s, well before the 1932 elections which led to the establishment of the Nazi dictatorship in the country in 1933. In addition to financial support to Hitler, executives allegedly provided financial support to extremist groups in the United States itself, and expressed an interest in causes taken up by the German fascists, such as eugenics and the theory of racial superiority. One of these executives was one-time DuPont president Irenee du Pont, according to Feldman.

Feldman pointed out that, "amazingly," cooperation between DuPont and the Nazis continued until 1943, well after Nazi Germany had declared war on and occupied most of Europe, attacked the USSR and even declared war on the United States itself in December 1941. Ties were only formally cut after Germany confiscated the assets of US companies in September 1943.

Pointing out that DuPont was just one of dozens of US firms with alleged links to the Nazis, Feldman lamented that these ties continued "undisturbed and even with the tacit support of the US administration despite the growing threat of Hitler's regime to the welfare of Europe and the West." This support was provided by large corporations including Standard Oil, General Motors, Ford, IBM, ITT and Union Banking, helping Germany to secure the loans, equipment and supplies they needed to rearm.

© AP Photo
'I Shall Remain in Berlin': Hitler's 'SUICIDE NOTE' Goes on Sale in US (PHOTO)
"Without the mobilisation of corporate America for Nazi Germany, it is very doubtful whether Hitler could have started the war, doubtful whether he would have succeeded in rehabilitating the German economy – certainly not at the speed and strength he achieved in the '30s," Feldman stressed.

Ultimately, the researcher suggested that it was "doubtful" if historians would ever fully understand how US corporate executives "could give so much help to such a strong, cruel and fanatic enemy…It's also doubtful whether we'll be able to understand why every one of them avoided punishment," he concluded.