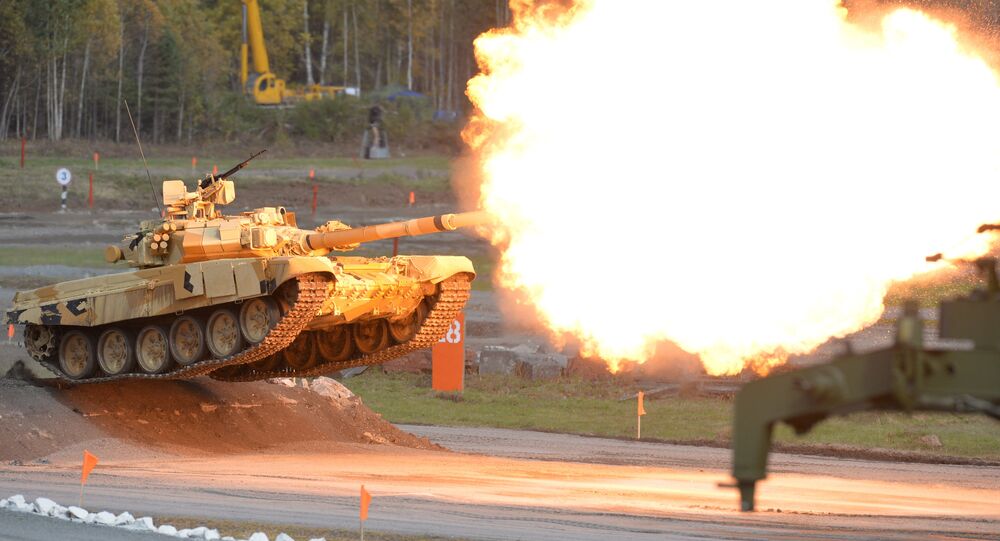 Around the world last year, military budgets increased by 2.6% from 2017, totaling over $1.8 trillion according to the Stockholm International Peace Research Institute (SIPRI), a leading think tank.

Some of the biggest drivers of this increase were the US, China, and India while Russian defense spending declined.

"The increase in US spending was driven by the implementation from 2017 of new arms procurement programs under the Trump administration," Aude Fleurant, director of SIPRI's Arms and Military Expenditure (AMEX) program, said in a Monday statement. US defense spending increased by 4.6% in 2018 compared to the year prior.

© AP Photo / Carolyn Kaster
Trump Mulls Using Overseas Contingency Fund to Boost Defense Spending - Reports
The think tank noted that while reliable global figures on defense spending have really only been available since 1988, last year's were the highest recorded since then. Its analysis also excludes "expenditures such as current spending on previous military activities, civil defense, veterans benefits, demobilization, weapon destruction and military involvement in non-military activities, such as policing," the think tank was careful to note, which explains why some of their numbers differ from those given by nations' defense ministries.

China's military spending has continued to increase as well, 2018 being the 24th consecutive year of Beijing's budget increasing, putting it in second place worldwide, and along with the US, accounting for roughly half of global military spending.

India's massive modernization of its military helped catapult it to the fourth slot, while Russia's contracting defense budget saw it slip to number 6 worldwide, having declined by 3.5 percent as compared to 2017.

Who were the top 40 countries with the highest military expenditure in 2018? The US🇺🇸, China🇨🇳, Saudi Arabia🇸🇦, India🇮🇳 and France🇫🇷 claim the top 5 spots.

© Photo : US Air Force
US Seeks to Expand F-35 Jet Sales to Greece, Romania, Poland
Spending in Eastern Europe has ballooned as well, "due to growing perceptions of a threat from Russia," said Pieter Wezeman, a SIPRI senior researcher. Poland registered a nearly 9% increase in defense spending, Ukraine a whopping 21%, and Bulgaria, Latvia, Lithuania and Romania each registered gains between 18% and 24% in their military budgets. Turkey's budget increased by 24%, the largest gain among any of the top 15 spenders. All countries are members of the NATO alliance.

Globally, the average spending was $239 per human on the planet.