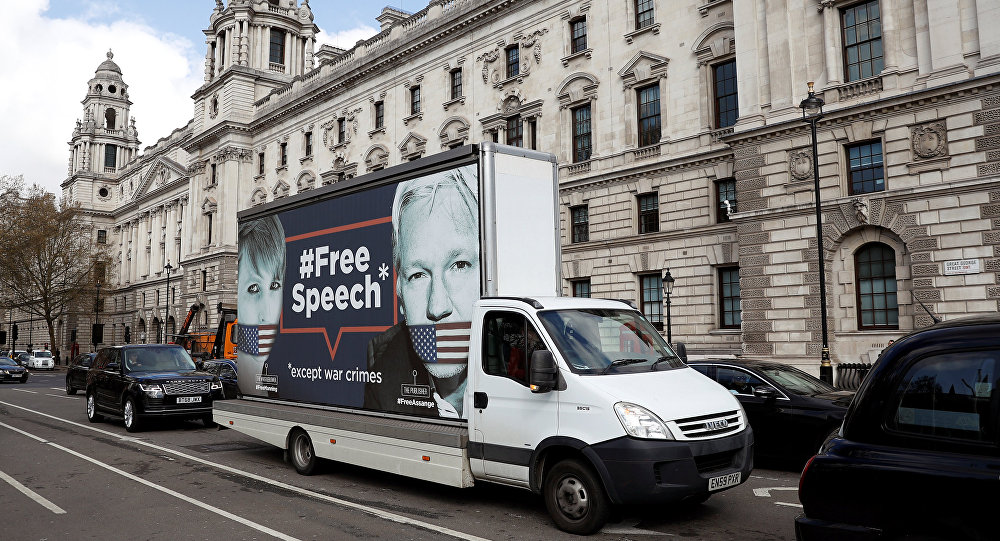 The statement comes a day after the WikiLeaks founder was arrested at the Ecuadorian Embassy in London, where he had been residing since 2012 as a political asylee. His arrest was made at the request of the US after Julian Assange's asylum was revoked earlier this week.

"He [Assange] is an independent source of information that is being persecuted. From our point of view, this does not correspond to the ideals of freedom of the press, freedom of the media, and their inviolability", Kremlin spokesman Dmitry Peskov stated Friday, also expressing hope that Assange's rights would be respected.

READ MORE: Petition Urging UK Not to Hand Over Assange to US Gets Over 40,000 Signatures

He also stressed that suggestions about ties between Assange and Moscow belong to the realm of pure conspiracy theories.

© CC0
Anonymous Issues Chilling Threat to 'Enemies of People' Over Assange's Arrest
Assange was arrested on Thursday at the Ecuadorian Embassy in London, where he had been taking refuge since 2012 due to rape charges brought against him in Sweden. The Australian denied those allegations and called them politically motivated. Despite the fact that Stockholm dropped the investigation in 2017, he was still wanted for breaking the conditions of his bail in the UK.

The WikiLeaks founder, who has become famous for leaking classified US government data, now faces extradition to the United States on computer hacking charges and could get up to five years in jail.