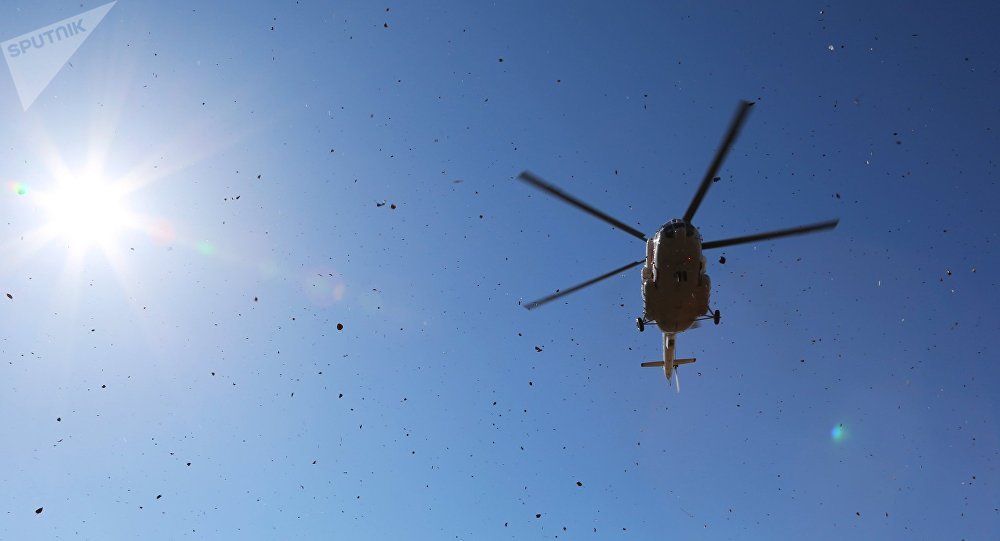 ALMATY (Sputnik) - The crew of the Mi-8 military helicopter, which crashed on Wednesday in the Kyzylorda region of Kazakhstan, were killed, President Kassym-Jomart Tokayev said Wednesday.

"A Defence Ministry helicopter crashed in the Kyzylorda region. It was performing a flight as part of military exercises along the Aktau-Shymkent route. The helicopter crew died. I ordered to start an investigation," Tokayev wrote on Twitter.

The Interior Ministry's Emergencies Committee earlier in the day reported that the Defence Ministry's Mi-8 helicopter crashed and completely burned down in the Kyzylorda region.

“At 17:35 the 112 service received a message about the crash of a Mi-8 helicopter in the Zhalagash district of the Kyzylorda region. The helicopter crashed and completely burned down in unknown circumstances. The aircraft belonged to the Defence Ministry of the Republic of Kazakhstan,” Kazakh Emergencies Committee spokesman Nursultan Nurakhmetov told Sputnik on Wednesday.

According to Nurakhmetov, the circumstances of the crash are being investigated, adding that some people are believed to have been killed in the crash.

A Chopper That Can Carry a Plane: Mi-26T Retrieves a Crash-Landed Aircraft