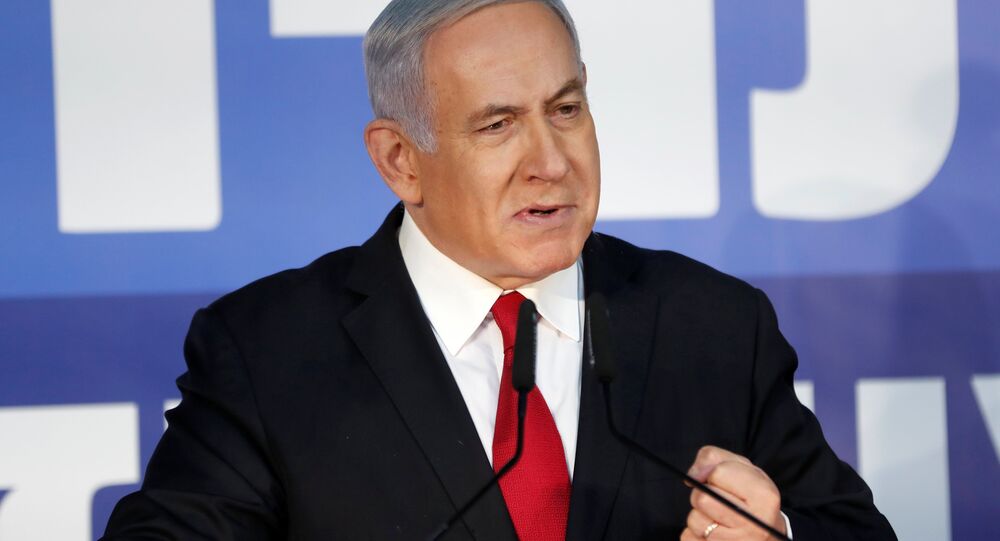 According to the head of the community, regardless of the appearance they have and clothes they wear, they have historically belonged to the Jewish community, ever since their migration to Egypt, from where their forefathers followed the Nile river flow before reaching Northern Ethiopia.

The Ethiopian Jewish community has decried Israeli Prime Minister Benjamin Netanyahu’s government for not letting them settle in the country despite their long-time wish to emigrate from Africa.

Andualem Wugu, manager of the Ethiopian Jewish community in Addis Ababa, told Anadolu Agency that their members had been persistently praying for God’s help to immigrate to Israel for over two decades, while “racist” Netanyahu has turned a deaf ear to their plea, prompting the 3,500-strong community to try to “fight for justice”.

"In our beliefs, the more we beg God for help the more he listens and responds", he noted, adding: "We are sure, God will not sit idly by while the racist Israeli Prime Minister Benjamin Netanyahu keeps us languishing here”.

He expressed certainty that the way the Jewish authorities put on hold their once promised immigration to Israel is due to a deliberate policy of exclusion of Ethiopian Jews.

Over the past three decades, Israeli governments permitted the African-based community’s resettlement on Israeli soil, given that there is consent to this end from their Ethiopian counterparts. Israeli security services initially led the operations that saw roughly 135,000 Ethiopian Jews be airlifted from Northern Ethiopia and Sudanese refugee camps, but a nearly 8,000-strong number of Addis Ababa and Gander Jews are still awaiting the permission to move.

The process has been significantly plagued over the past 20 years by prolonged screening procedures, indefinite freezes and so on, according to Melese Sidisto, who heads the Ethiopian Jewish community.

"We remain separated from our families, and deliberately made to live in desperation, hopelessness and poverty", he said, asserting that Israeli authorities were not willing to "absorb and embrace black Jews".

In 2015, the Israeli government were about  to allow the remaining 8,000 people, who were classified as the Falash Mura group,  to leave for Israel, but backtracked, since Falash Mura was known to comprise Ethiopian Jews who converted to Christianity at some point and whom Israel did not designate as genuinely Jewish.  Wugu went on to acknowledge that soon after the 2015 decision, the entire process temporarily froze, as it was reported at the time, due to a lack of funds.

He said Netanyahu had been giving Ethiopian Jews excuses and false promises for years on end, while at the same time looking to lure Jewish people from Europe to immigrate to Israel.

"We have brothers, sisters, relatives who were proven to be Jewish and live in Israel. How come we are not Jewish?" Wugu exclaimed, specifically noting that despite their Ethiopian appearance, the national attire they casually don and etiquette, they are an indispensable part of the Jewish community, with its own culture, religion and country.

"Our religion is Judaism, and our country is Zion, Israel", he said, remarking that Jews have been living in Northern Ethiopia since they fled to Egypt and then moved along the Nile until they reached the African country.