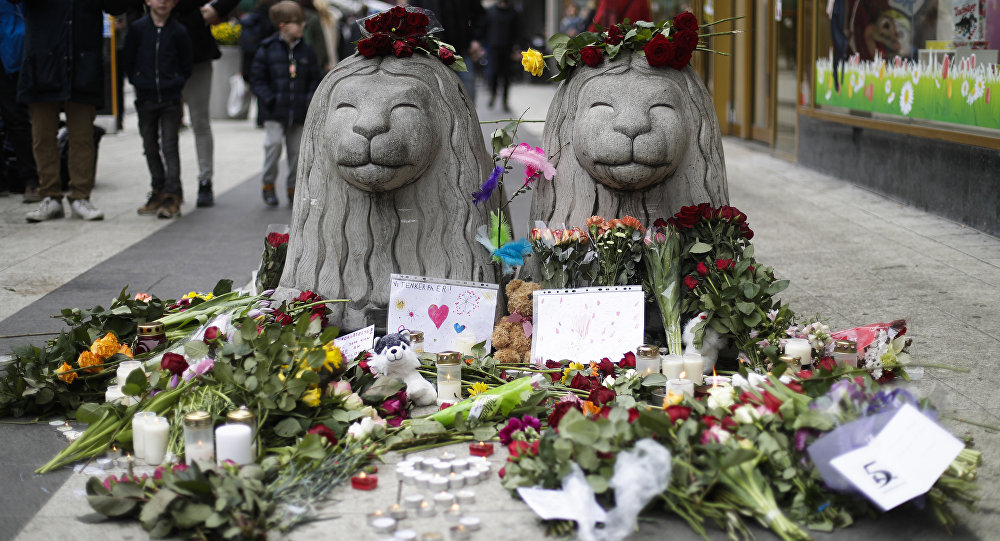 The parents of Ebba Akerlund, a Swedish girl killed in a terrorist attack in 2017, have spoken out on Friday, rejecting the claimed “revenge” committed in her name by the gunman who massacred dozens of Muslims at a mosque in Christchurch, New Zealand.

"She spread love and caring, not hate. I feel the pain of the families affected by this. I condemn any form of violence," Jeanette Akerlund told Swedish public television station SVT on Friday, noting the Christchurch shooter's actions were "against everything Ebba stood for."

Ebba was just 11 when she was run down on the sidewalk by a truck in April 2017 in the Drottninggatan neighborhood of the Swedish capital of Stockholm driven by an irate Uzbek man who had been denied asylum in the country. Touching stories about the half-deaf girl shocked the country, and her name has been used since then by far-right figures on fringe sites like 8chan to whip up hate against Muslims and migrants.

The Daily Beast reported one such message on a hate group message board said "11-year-old Ebba Åkerlund was also a victim of an Islamic terror attack everyone has already forgotten" and suggested the "mainstream media" doesn't care about "dead white bodies."

The 74-page manifesto penned by the man who attacked two mosques in Christchurch, New Zealand, on Friday cited Ebba's memory as motivation for his attack, saying he was trying "to take revenge for Ebba Akerlund." He even wrote her name on one of the guns he used to carry out the massacre, which killed 49 worshippers who had gathered for Friday prayers.

"It gives you chills," Jeanette told Swedish daily Aftonbladet. "It is deeply tragic that Ebba's name is abused in political propaganda."

"I broke into a cold sweat as soon as I saw that he had rifles with my daughter's name," Ebba's father, Stefan, told Aftonbladet. "How in hell can we ever get to mourn in peace?"

"When I testified in court, I said that I am reminded of my daughter's death all the time, and not only when I hear about about Drottninggatan, but also when similar acts occur in other countries," Stefan wrote on his Facebook page, according to the Daily Beast. "But then of course I could not even imagine the idea that someone would write my daughter's name on a rifle… How sick it is."