WASHINGTON (Sputnik) - US President Donald Trump on Thursday indicated that he is supporting the United Kingdom's exit from the European Union by promising a major trade deal with the country as British lawmakers are scheduled to vote on extending the Brexit deadline.

"My Administration looks forward to negotiating a large scale Trade Deal with the United Kingdom. The potential is unlimited!," Trump said in a statement on Twitter.

US Senator Chris Murphy responded to Trump's comment by saying that the president is "cheering" the breakup of the EU. 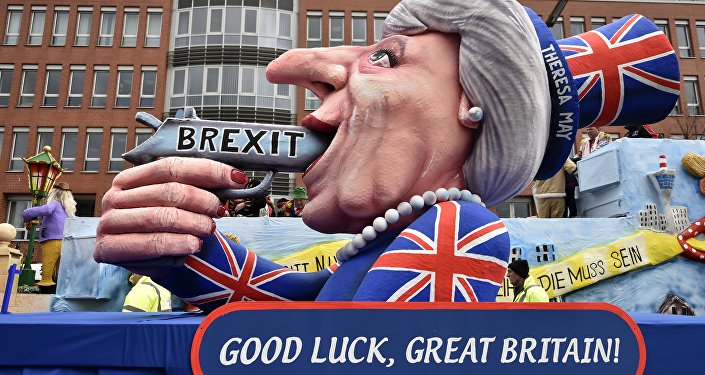 © AP Photo / Martin Meissner
UK PM Could Win Hard Brexiteer’s Support By Warning They Could ‘Lose Brexit’ – Prof
Murphy, who represents the US state of Connecticut, said in a statement posted to Twitter that the US Congress should not approve any trade deal with Britain unless the Brexit agreement protects the Irish peace process and Washington completes a trade agreement with the EU first.

After failing to reach a Brexit deal with the EU ahead, UK lawmakers on Thursday will vote on a motion to delay the country's withdrawal from the bloc beyond the March 29 deadline. On Wednesday, the UK House of Commons voted against a no-deal exit, while on Tuesday it rejected the government's withdrawal deal.