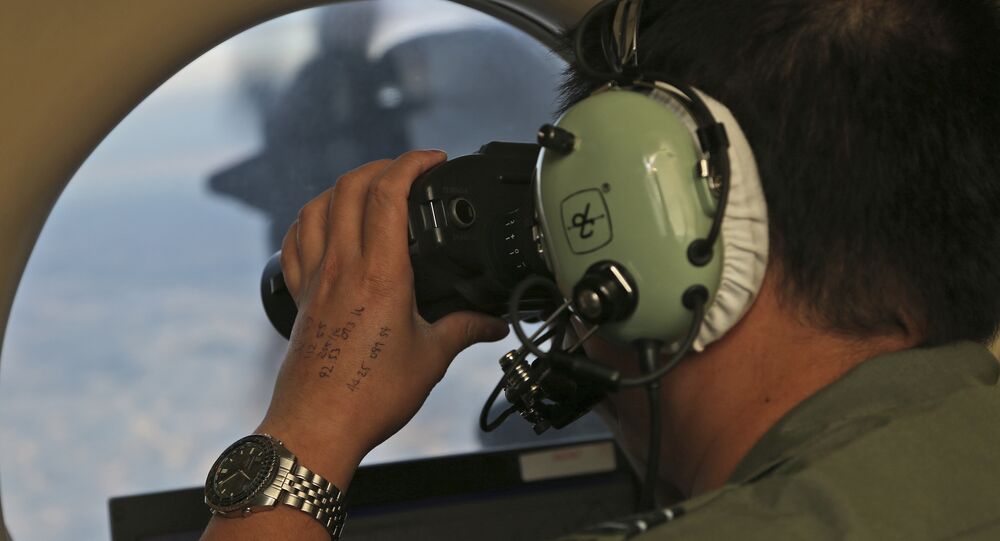 Conspiracy theories are running wild five years after the disappearance of Malaysia Airlines Flight MH370. Some truth-seekers believe that the Boeing with 289 people on board crashed in a Cambodian jungle, while others say that it flew toward Madagascar, and there are also claims that it was downed by Malaysian authorities.

Christine Negroni, an aviation writer and award-winning journalist, claims that the co-pilot was the only person alive at the moment when the doomed Malaysian Airlines flight MH370 crashed into the ocean.

The Boeing 777 lost contact with air traffic control on 8 March 2014 over the South China Sea some 40 minutes into the flight while heading from Kuala Lumpur to Beijing. Military radars showed that the aircraft, which was carrying 289 passengers and crew, turned around and flew back across Malaysia towards the southwestern Indian Ocean.

Negroni, who has been investigating the tragedy for years, suggests that the plane depressurised half an hour after take-off while captain Zaharie Shah was in the business-class bathroom near the flight desk, which is also used by the flight crew.

She assumes that Zaharie failed to get back onto the flight deck, and first officer Fariq Abdul Hamid then tried to rescue the flight by landing it at Malaysia's Langkawi Airport. It was widely reported that the co-pilot had graduated from Langkawi Aerospace Flying Academy, situated close to the airport's runway, which made Negroni suggest that he tried to land there because it was so familiar.

Fariq was unable to land the plane there because of oxygen deprivation, she believes, but he remained alive for hours.

"The plane starts heading south," Negroni told the Daily Star. "Whatever that time period is, that's the period of time I believe he (Fariq) went unconscious."

"But dead is a whole other matter, because there was an incapacitation case in the US: two pilots were incapacitated, and flew a ghost flight that crash landed in Mexico."

"Some farmer comes across the aircraft, and the first officer was still alive, and that was hours later."

"She died, but she was still alive at that time. I think you can be oxygen deprived for a long time without being dead."

Almost five years later, the disappearance of MH370 remains one of the biggest aviation mysteries of all time. Two extensive search operations have been carried out in the southwestern Indian Ocean where the plane supposedly crashed, but they ended up yielding no results. Last July, Malaysian officials admitted in a 495-page report that they were unable to determine the real cause for its disappearance, adding that the Boeing's controls could have been manipulated by a third party.