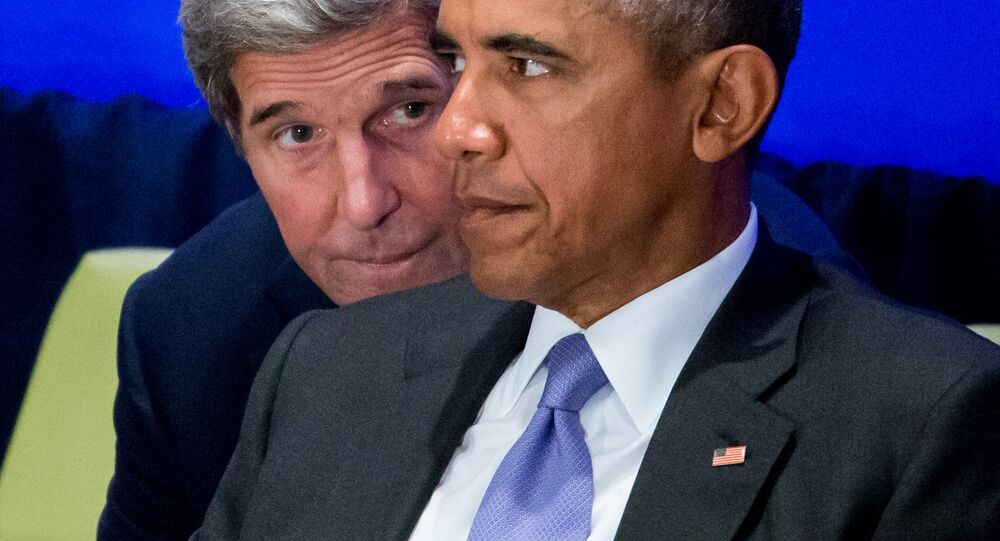 Washington has been on the brink of war with Pyongyang since the last year of the two-term Obama presidency, Trump said on Friday.

"I believe [Obama] would have gone to war with North Korea," Trump declared during a White House Rose Garden speech.

"I think he was ready to go to war. In fact, he told me he was so close to starting a big war with North Korea," Trump alleged.

© AP Photo / Evan Vucci
US, North Korea Agree on Hanoi For Second Trump-Kim Summit
According to Trump, if Obama was still in the office, or if Hillary Clinton succeeded him, the US would have gone to war with the nascent nuclear power. However, Trump's claims of his diplomatic efforts have allowed a conflict to be averted and permitted the rogue nation to be pacified, the New York Times reported.

"If I had not been elected president of the United States, we would right now, in my opinion, be in a major war with North Korea with potentially millions of people killed," Trump asserted during a State of the Union speech.

Trump cited a 90-minute conversation he claimed to have had with the previous US president in November 2016, when Obama transferred the presidency to the Republican. According to Trump, Obama told him that North Korea would be the new administration's toughest foreign policy challenge. Only now has Trump told the story of his alleged discussion with Obama of war with Pyongyang.

The former president has made no comment on Trump's allegation, although former Obama staffers rushed to denounce Trump's claim of a nearly-averted war with Pyongyang.

"We were not on the brink of war with North Korea in 2016," Benjamin J. Rhodes, Obama's deputy national security adviser, tweeted.

"The North Korean threat had not been diminished, and in September 2016 Obama posed a sensitive question to his National Security Council: Was it possible to launch a pre-emptive military strike, supported by cyber attacks, on North Korea to take out their nuclear and missile programs?" Woodward's book suggests.

Aides to Obama explained that to destroy Pyongyang's arsenal, a ground invasion would have been required, and observed that Pyongyang would be likely to successfully retaliate with a nuclear strike of its own.

Despite winning a Nobel Peace Prize early in his presidency, the Obama administration saw the creation of a US-led coalition to conduct airstrikes and establish the At-Tanf military base in Syria without Damascus' authorization.

Obama's last two years in office also saw heightened tensions with Russia over a Crimean independence referendum, with many observers considering the possibility of a US-Russian military conflict in the event that Hillary Clinton won the 2016 US presidential election.