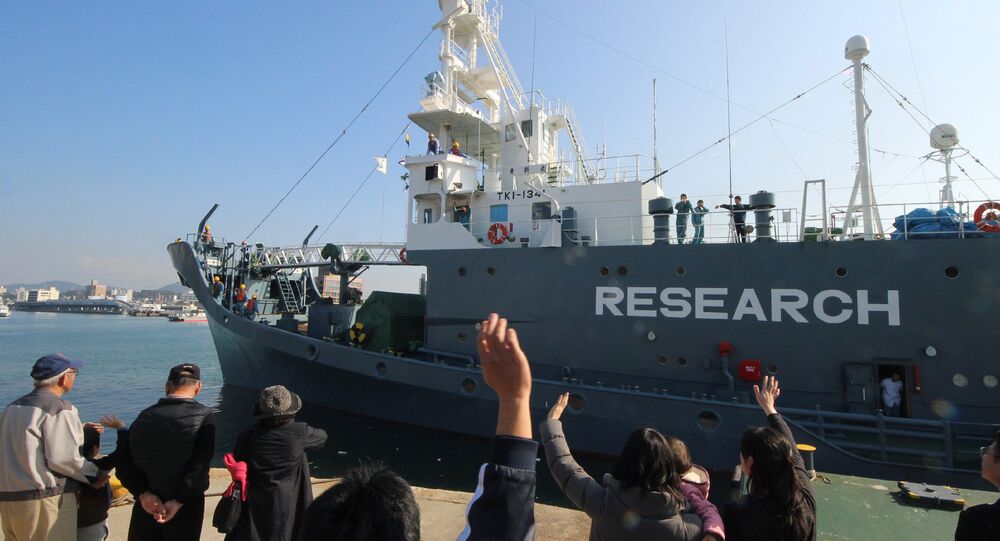 LONDON (Sputnik) - The UK-based International Whaling Commission (IWC) told Sputnik on Wednesday that the organization was aware of Japan's intention to withdraw from the organization in 2019 and would make a statement on the matter.

"We are aware of the announcement from Japan. Once we have formal notification from the US (who receive this from Japan because the US is the depository government for the Convention), we will be able to inform our members and issue a statement to media. I’m not sure how long this will take but I’ll make sure you receive the statement," a representative of the IWC told Sputnik.

Earlier in the day, Japanese Chief Cabinet Secretary Yoshihide Suga said that Tokyo had decided to pull out from the IWC starting in 2019 to resume commercial whaling in July after a 30-year pause.

© CC BY 2.0 / Tony Hisgett / Pilot whales
Ancient Remains Hint at Roman Whaling Industry
The IWC banned commercial whaling in 1986, but some countries including Japan, Norway and Iceland have exploited a provision in the 1946 Convention for the Regulation of Whaling that allows whales to be killed for scientific purposes.

In March 2014, the International Court of Justice ordered Japan to suspend its research whaling in the Antarctic Ocean, saying it violated the International Convention for the Regulation of Whaling. However, Japan restarted its whaling activities with a lower catch quota.