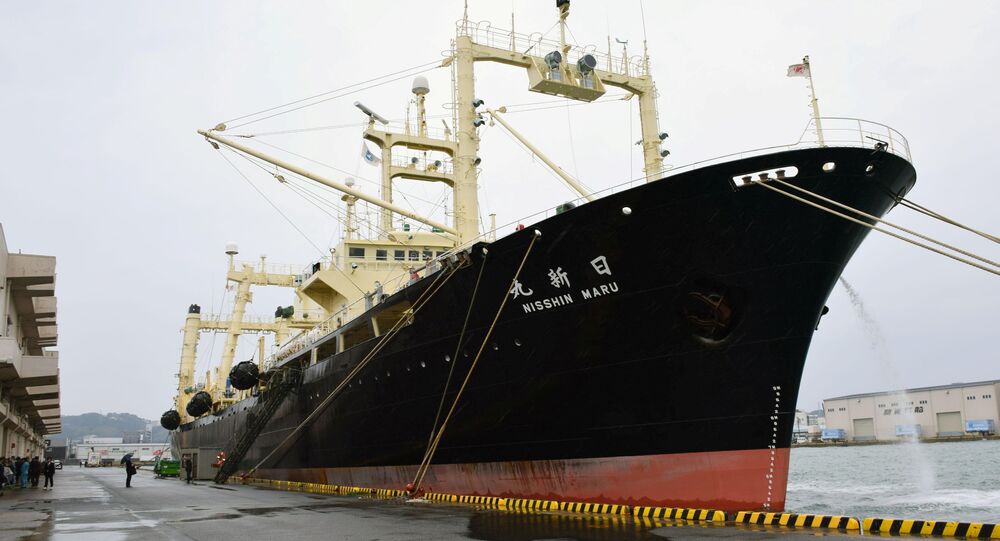 Japan decided to withdraw from the organization since its calls for the whaling resumption due to the growing number of whales had not been supported by other states in the IWC, the NHK World broadcaster reported.

© AFP 2021 / KAZUHIRO NOGI
International Community Urges Japan to End Antarctic Whaling
Despite the fact that Japan officially refrained from whaling for about 30 years, whale meat from time to time could be found in the country's supermarkets and restaurants.

The IWC banned commercial whaling in 1986, but some countries including Japan, Norway and Iceland have exploited a provision in the 1946 Convention for the Regulation of Whaling that allows whales to be killed for scientific purposes.

In March 2014, the International Court of Justice ordered Japan to suspend its research whaling in the Antarctic Ocean, saying it violated the International Convention for the Regulation of Whaling. However, Japan restarted its whaling activities with a lower catch quota.