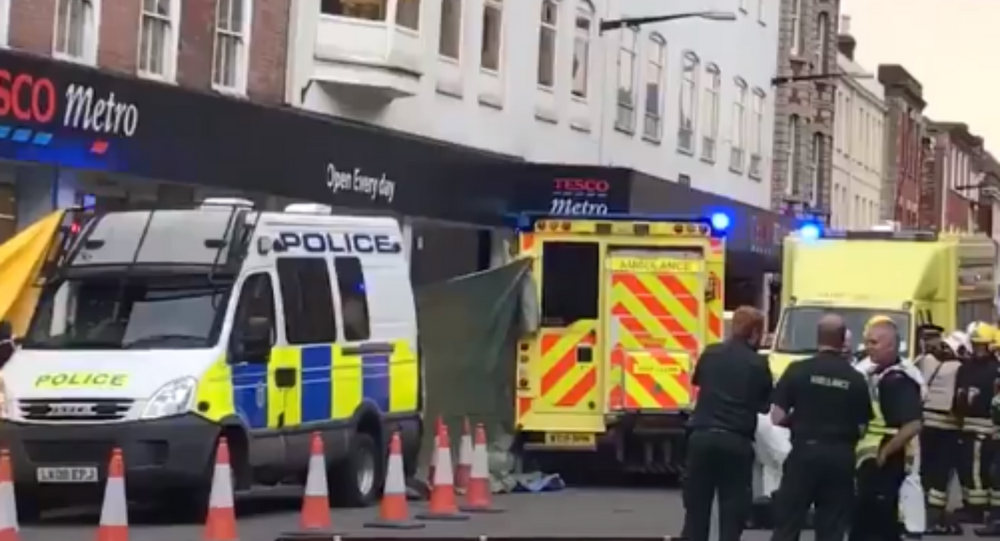 WASHINGTON (Sputnik) - The United States has sanctioned Russian nationals Alexander Petrov and Ruslan Boshirov over their alleged involvement in the nerve agent attack against former double agent Sergei Skripal and his daughter Yulia, the Treasury Department said in a press release on Wednesday.

"Today OFAC [Office of Foreign Assets Control] is designating Alexander Petrov (Petrov) and Ruslan Boshirov (Boshirov), the GRU officers responsible for carrying out this attempted assassination of Sergei Skripal and his daughter," the release said. "Petrov and Boshirov were designated pursuant to CAATSA Section 224 for acting or purporting to act for or on behalf of, directly or indirectly, the GRU."

Earlier, the UK-based Bellingcat project claimed that it had identified Boshirov as Russian military intelligence colonel Anatoliy Chepiga and suggested that Petrov was actually a military doctor Alexander Mishkin.

Russian Foreign Ministry Spokeswoman Maria Zakharova called the publication about the alleged identity of the suspects "fake news" aimed at diverting public attention from what happened in Salisbury.

© Sputnik / Alex McNaughton
UK Provided 'Extremely Flimsy' Evidence in Skripal Poisoning Case - Journo
On March 4, Skripal and his daughter were found unconscious on a bench at a shopping centre in Salisbury. London said they had been subject to poisoning with a military-grade nerve agent. London accused Moscow of staging the attack, saying it suspected Russian nationals Alexander Petrov and Ruslan Boshirov of executing the poisoning and claiming they worked for Russia's intelligence.

However, Moscow has repeatedly noted that London has not provided any evidence proving its role in the poisoning. Petrov and Boshirov, in their turn, denied their involvement in the attack in an interview with the RT broadcaster. They said they indeed visited Salisbury this spring, but arrived there for tourist purposes, noting that they worked for the fitness industry.

‘We Lost Everything’: Skripal Case Police Officer in First Interview