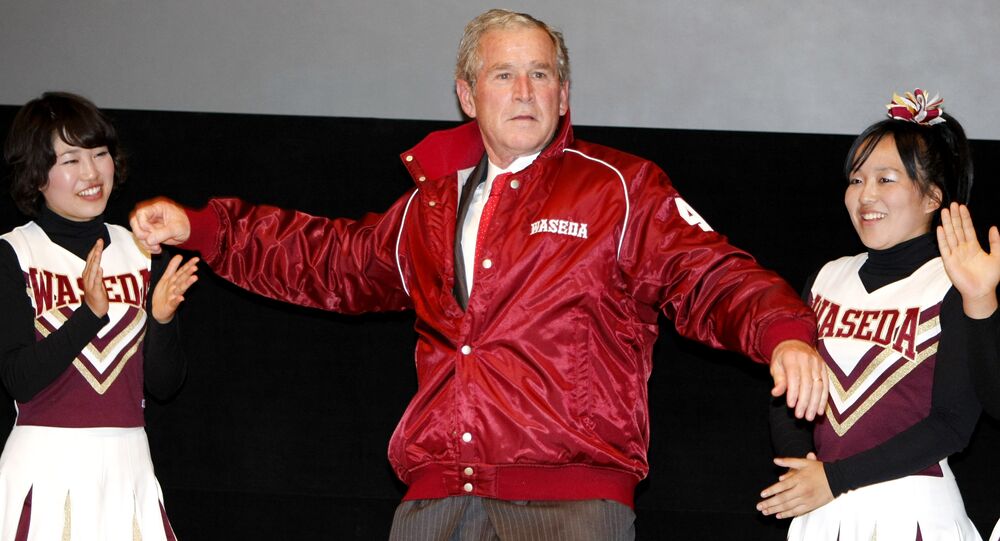 Bush Shoeing Anniversary: What Other Objects Have Been Thrown at Politicians?

On 14 December 2009, Iraqi journalist Muntadhar al-Zaidi took off both of his shoes and hurled them with vigour at United States President George W. Bush. However, it was neither the first nor the last instance of objects being thrown at politicians as a sign of protest.

Sputnik has compiled a list of videos featuring the peak moment, when a person’s criticism was directed at a politician or moves undertaken by him or her.

• The case of the Iraqi journalist and George W. Bush is perhaps the most prominent of all. After throwing the first shoe, Zaidi said to the US president: "This is the farewell kiss of the Iraqi people, dog”. Then he threw the second shoe and accompanied it with the following words: "This is for the widows and for the orphans and for all those murdered in Iraq”.

• However, Bush was not the only one to have been targeted in a shoe attack. In 2014, Hillary Clinton, the then secretary of state, dodged a shoe thrown by a woman at an event in Las Vegas.

• Former US President Barack Obama was taking the floor at a Democratic rally in Philadelphia in 2010, when a book was hurled at him but, in a streak of good luck, it did not hit him. Moments later, a man was arrested during the same speech, as he attempted to march past the president completely naked.

• German demonstrators meanwhile opted for something edible, eggs and tomatoes, to attack  Helmut Kohl, the First chancellor of united Germany, and he notably fired back.

• Likewise, back in 2003, an egg was thrown at Arnold Schwarzenegger during his visit to the campus of the University of California. "This guy now owes me a piece of bacon”, commented the then Republican candidate for Californian governorship.

Russian and Ukrainian politicians haven’t managed to escape being targeted, either.

• One of the most controversial ones, well-known for his moody behaviour and straightforwardness, leader of the Liberal Democratic Party of Russia Vladimir Zhirinovsky was attacked with fermented cabbage, a much loved dish in Russian and Ukrainian cuisine, at a press conference in Kiev in 2013.

• In 2004, former Ukrainian president Viktor Yanukovich fell down upon arrival in Ivano-Frankovsk, arousing murder attempt suspicions, but it turned out to have been an attack… with an egg, hurled by a local student.