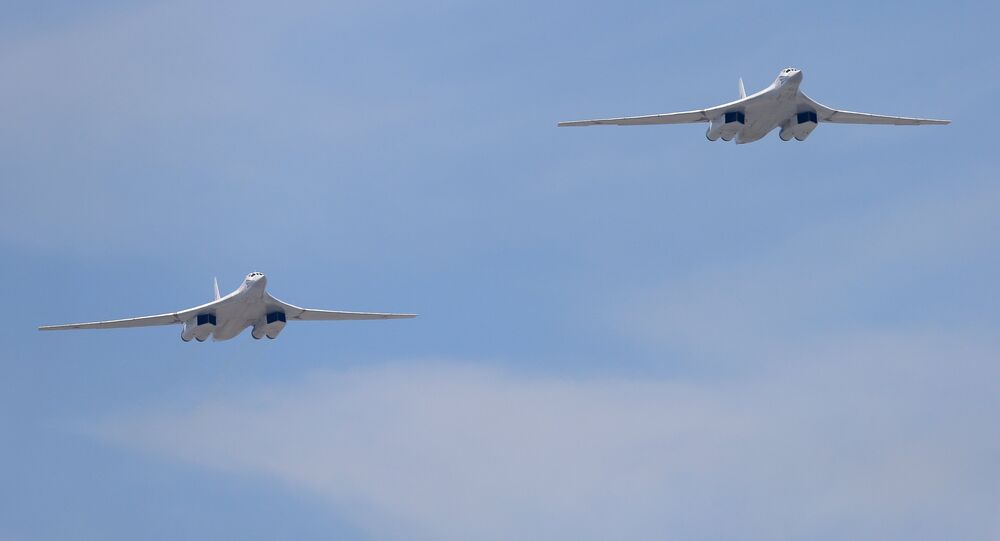 Earlier, the US Secretary of State called Russia and Venezuela "two corrupt governments" which were "squandering public funds" after Moscow sent two Tu-160 bombers, an An-124 heavy-lift transport and an Il-62 recon plane to Caracas in a show of support to the Latin American country.

Secretary of State Mike Pompeo's comments about the deployment of Russian aircraft to Venezuela were not in keeping with his role as the US's top diplomat, the Russian Foreign Ministry said Tuesday.

"We understand, of course, that the Twitter format does not usually oblige anyone in the United States to anything; users are free to speak out as they please, and decide for themselves whether they wish to step outside the boundaries of elementary decency. However, in this case we are talking about a public figure, therefore such a clear disregard for the norms of diplomatic etiquette cannot just be considered as just a passing episode. What was said by the Secretary of State is unacceptable, not to mention completely unprofessional," the ministry statement said.

Earlier, Pompeo tweeted about Russia sending its bombers "halfway around the world to #Venezuela," calling on "the Russian and Venezuelan people" to see the action "for what it is: two corrupt governments squandering public funds, and squelching liberty and freedom while their people suffer."

Kremlin spokesman Dmitry Peskov called Pompeo's claims "quite a serious accusation," and said they were "absolutely inappropriate." Regarding the funds spent to carry out the flight, Peskov quipped that with the size of the US military budget, Washington could feed the whole of Africa if it wanted to.

Venezuelan Foreign Minister Jorge Arreaza called Pompeo's reaction to the Tu-160 flight "outrageous" and hypocritical, hitting back at the secretary on Twitter.

1/3 @SecPompeo’s reaction to military cooperation between Russia & Venezuela is not only disrespectful but also cynical: the US possesses at least 800 (known) military bases in 70 countries. Today, 75 out of 107 US security assistance programs operate in Latin America https://t.co/gBBy3pNYnM

2/3 It’s outrageous that the US gov’t questions our sovereign right to defense and security cooperation with other countries when @realDonaldTrump has threatened us publicly with a military intervention. If you want to cooperate, lift your sanctions against Venezuela.

3/3 If the US is so concerned about squandering money,it should review its enormous &unjustified military budget of over $674 billion for 2019.Certainly the 50 million poor people and families with no access to health care in the US can suggest a better purpose for those funds

Russia sent the military aircraft to Venezuela on Monday for joint drills aimed at helping to train Venezuela to protect against aggression.

Relations between Washington and Caracas have been rocky for nearly two decades, with US-allied political forces attempting to stage a coup against President Hugo Chavez in 2002. Chavez's successor, Nicolas Maduro, has accused the US and its regional allies of plotting another coup, and alleged that Washington has instructed Colombia to organize his murder following a failed assassination attempt in August.