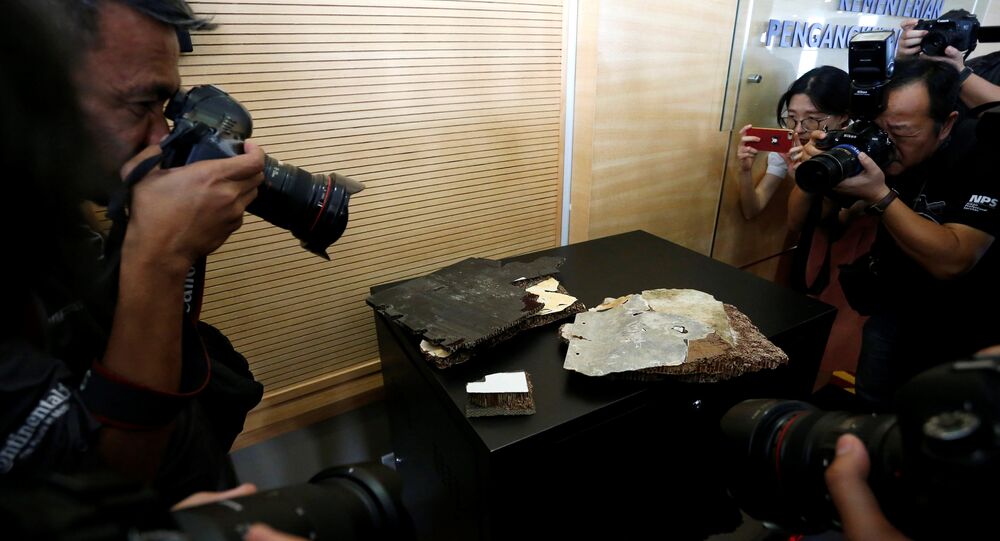 The debris was reportedly recovered off the coast of Madagascar, and the families of the plane’s passengers now hope that this discovery will prompt the authorities to resume the search for the missing airliner.

As the Malaysian government receives new pieces of debris allegedly belonging to the missing MH370 airliner, it turns out that one of the items “has a label on that could have only come from the plane,” The Daily Star reports.

According to the newspaper, the debris was recovered off the coast of Madagascar and was to be handed over to the Malaysian authorities during a meeting between the country’s transport minister and relatives of the lost plane’s passengers on Friday.

"Five new pieces have been recovered.  One of them has part of a label still readable," the relatives' spokeswoman Grace Subathrai Nathan said, describing the discovery as a "massive breakthrough". "We are hoping this will mean a new search is launched."

Another relative also said that this development may well be "an opportunity to reopen the investigation."

© AFP 2021 / Asit Kumar
MH370 'Hunter' Claims He Found 'Trails' in Cambodian Jungle Left by Boeing 777
Australia, Malaysia and China called off their three-year joint search for the plane in January 2017 after failing to find any answers in the 120,000-square-kilometer underwater search zone that officials predicted would contain debris from the plane, which is presumed to have crashed somewhere.

After the tri-country effort was called to an end, US-based company Ocean Infinity was contracted January 2018 on a "no find, no fee" basis for a three-month search.

The company initially provided new hope for families, with its Seabed Constructor, deemed one of the world's most advanced undersea vessels, to be employed in the search.