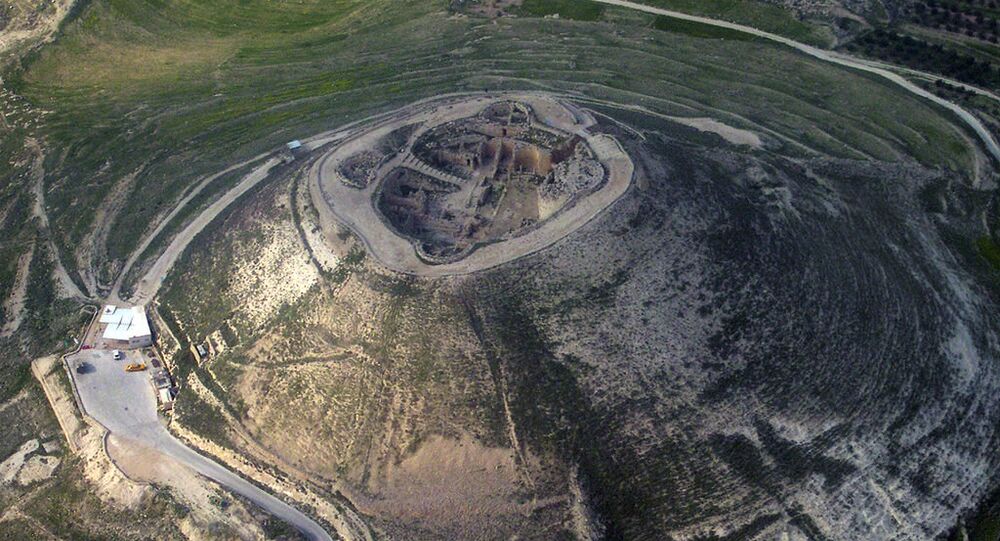 During a dig in the Herodion area near Bethlehem back in the 1960s, Israeli archaeologists also came across a stone, the inscription on which was later similarly attributed to the rule of the infamous governor of Jerusalem.

The name of the Roman governor who ordered Jesus‘s crucifixion after his trial, Pontius Pilate, has been deciphered on a ring found during excavations at the Herodion fortress near the West Bank’s Bethlehem fifty years ago, shortly after the Six-Day War, Haaretz wrote citing a report by Israel Exploration Journal.

The ring was one of thousands of items found in the dig led by Professor Gideon Forster from the Hebrew University of Jerusalem, but it wasn’t until now that the famed historical name was discerned on it, as a result of thorough cleansing and taking a picture of it with a special top-notch camera at the Israel Antiquities Authority labs.

The inscription on what has been deemed as a stamping ring consists of an image of a wine vessel with a word in Greek translated as ‘Pilatus,’ which was immediately linked to the last name of the Roman governor from the New Testament. A stamping ring of the kind is believed to be a clue of the cavalry status during Roman times, which Pilate belonged to.  Separately, the name Pilatus was rare in Israel in the years of Pilate’s rule, from 26 to 36 AD, researchers say, adding he was obviously a powerful governor.

‘I don’t know of any other Pilatus from the period and the ring shows he was a person of stature and wealth’, Professor Schwartz said.

The ring looks simple, so it’s thought to have been used by the governor on a day-to-day basis, or by someone from his circle to sign papers in his name.

There was another remarkable find in 20th-century Israeli archaeology with the name Pilatus on it, and which has also been attributed to the notorious governor. It is a stone with a suggestive inscription on it, found also in the 1960s.

The Herodion fortress was built during King Herod’s rule and after his death in the first century, it became an enormous burial site, with upper parts of it assumed to have been used as headquarters by city officials. One of them was supposedly Pilate’s.

Trump and Pence Elevate Black Republicans and Jews for Jesus