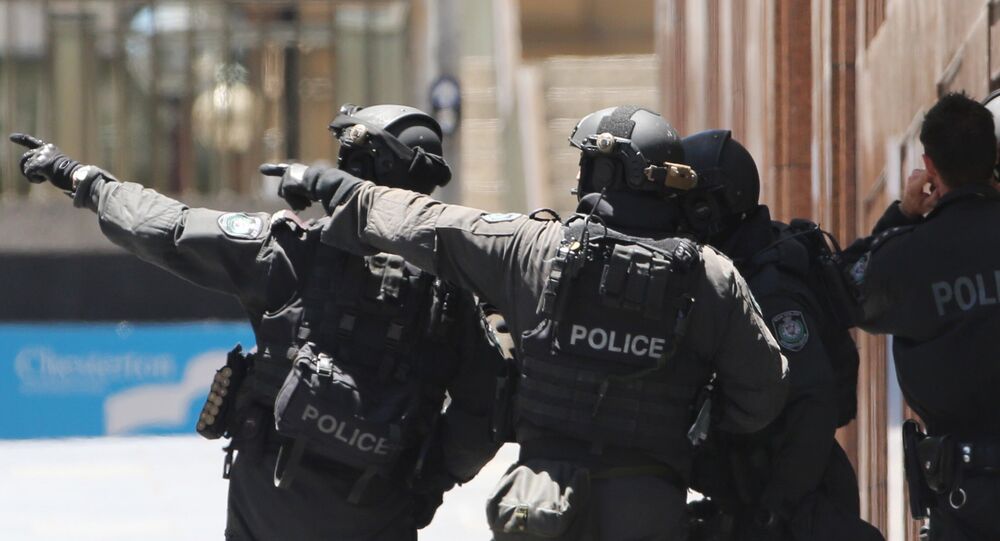 The man who is conducting a siege on Thursday claims that he has wired a home with numerous explosive devices, Nine News Australia reported.

Perth, a city on the west coast of Australia, is witnessing a siege on Thursday: police have responded to a man who has terrorized one neighborhood with threats to detonate numerous explosive devices, the Australian media stated.

Following reports that he'd locked himself inside the house with the explosives, the Western Australian Police's Tactical Response Group was called to the site.

According to unconfirmed data, the explosive devices could be strapped to the man's body.

© REUTERS / AAP/James Ross
Top Four Most Recent Knife Attacks in Australia
Heavily-armed police are currently on the scene attempting to speak with the man, with their weapons pointed down.

In addition, the bomb squad, paramedics and officers from the Department of Fire and Emergency Services have arrived at the scene.

The police urged the public to avoid the area, closing seven streets that surround the property.

Earlier in the day, Nine News Australia reported another violent incident in Perth that occurred inside a household, as a result of which, police shot a man.