"These are sanctions on three individuals and nine entities that are supporting Russia’s attempts to integrate the Crimea region of Ukraine through private investments and private projects, or those who are engaged in serious abuses," Volker told reporters.

Later in the day, Konstantin Kosachev, the head of the Russian upper house's International Affairs Committee, told Sputnik that Russia, in its turn, will take reciprocal political steps and selective economic measures in response to new US sanctions over Crimea without harming its own interests.

"There will be a response. Politically — in a reciprocal manner. In the sphere of economy — selectively, in order to prevent damage to our own interests," Kosachev said.

Earlier this week, US State Department spokesperson Robert Palladino noted that the US intended to proceed with new sanctions against Russia.

READ MORE: US Delegation Visiting Crimea Not Afraid of Kiev's Reaction or Sanctions 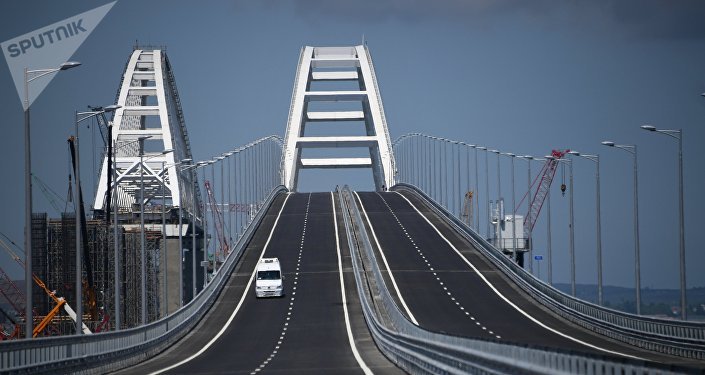 © Sputnik / Grigori Sisoyev
EU Slaps Sanctions on Six Russian Companies Over Crimea
Relations between the United States and Russia worsened following their disagreement over the crisis in Ukraine. The United States imposed several round of sanctions against Russia after Crimea held a referendum in 2014 in which a vast majority of residents decided to reunify with Russia.

Crimea rejoined Russia in 2014 after 97 percent of the peninsula's residents voted in favor of the move in a referendum. The reunification was not recognized by Ukraine or Western states, which subsequently imposed economic and political sanctions on Moscow.

Russia has repeatedly stated that the referendum was conducted in compliance with international law.

Despite the sanctions, a number of delegations from dozens of countries, including Germany, France and Italy, have repeatedly visited Crimea.