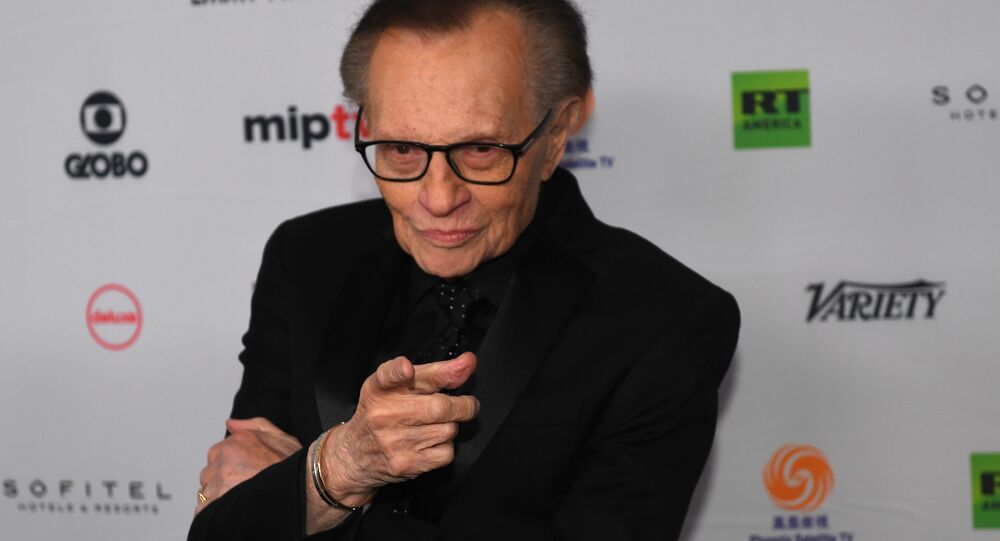 MOSCOW (Sputnik) - US TV host Larry King told The News with Rick Sanchez that RT was "one of the few channels doing news" in the United States, while many other broadcasters were too focused on President Donald Trump.

"Could you imagine cable news in Watergate? And they don’t do news anymore. In fact, RT is one of the few channels doing news. RT does news. CNN stopped doing news a long time ago. They do Trump. Fox is Trump TV. And MSNBC is anti-Trump all the time. You don’t see story there," King said.

The TV host pointed out that Trump had become "the story," adding that the CNN broadcaster was the first to start covering Trump extensively.

"I would bet that 98 percent of all Americans mention his name at least once a day," King said.

RT has been pressured by the US authorities since the 2016 US presidential election. US lawmakers and intelligence community have been claiming that the broadcaster may have been involved in Moscow's alleged attempts to influence the vote. The media, as well as Russian authorities, have repeatedly refuted the allegations as unsubstantiated.

Last November, the US Department of Justice ordered the RT broadcaster's branch in the United States RT America to register as a foreign agent under the Foreign Agents Registration Act (FARA).