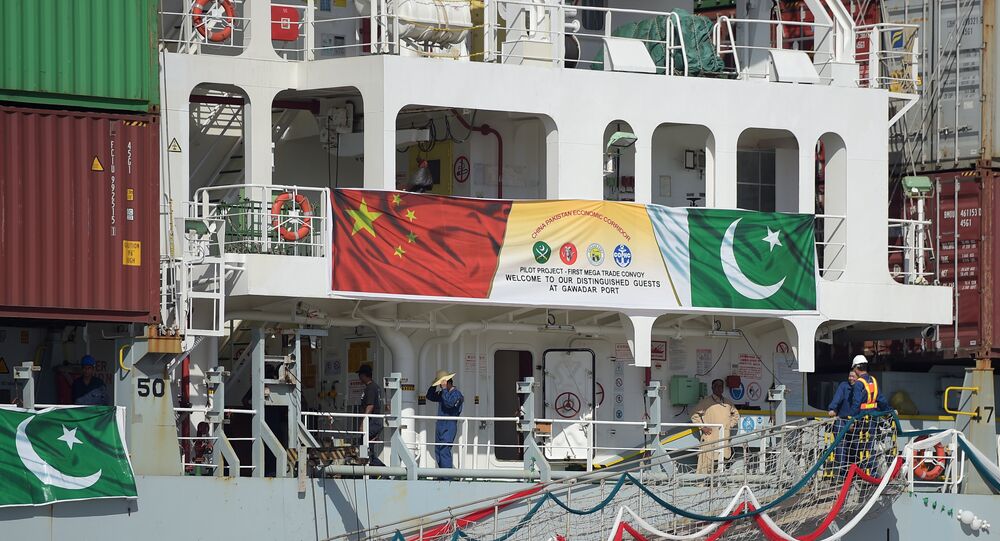 BEIJING (Sputnik) - The creation of the China-Pakistan Economic Corridor (CPEC) has no relevance to the Indian-Pakistani territorial dispute and will not influence China's stance on Kashmir, the Chinese Foreign Ministry spokesman, Lu Kang, said on Thursday.

Bus service between the Xinjiang Uyghur Autonomous Region in China's west and the city of Lahore of Pakistan's Punjab province is set to be launched on November 3.

This prompted New Delhi to voice protest to Beijing and Islamabad, as India qualifies the move as a violation of its territorial integrity since buses will run through the Jammu and Kashmir region, disputed between India and Pakistan. Pakistani media reports have claimed that the bus service is part of the CPEC.

"I don't have any information on this issue yet. But I would like to say that the CPEC has nothing to do with the territorial dispute and will not influence China's stance on Kashmir," Lu told reporters at a press briefing.

© AFP 2021 / FAROOQ NAEEM
Islamabad, New Delhi Call Media Report on China-Pakistan-Economic Corridor 'Distorted', 'Ill-Intentioned'
The CPEC is a $46 billion-worth infrastructure project funded by China that aims at increasing the region’s integrity by connecting the Pakistani port city of Gwadar and the Xinjiang Uyghur Autonomous Region via transportation routes. India opposes the project because the creation of the corridor envisages Chinese and Pakistani economic activity in the Gilgit-Baltistan area of the disputed Jammu and Kashmir region.

India and Pakistan have been disputing the status of the Jammu and Kashmir region since the end of British rule in 1947. While the two sides signed a ceasefire agreement in 2003, they keep accusing each other of breaching it.

China has repeatedly said that the Indian-Pakistani territorial dispute had to be settled through dialogue between the two sides.