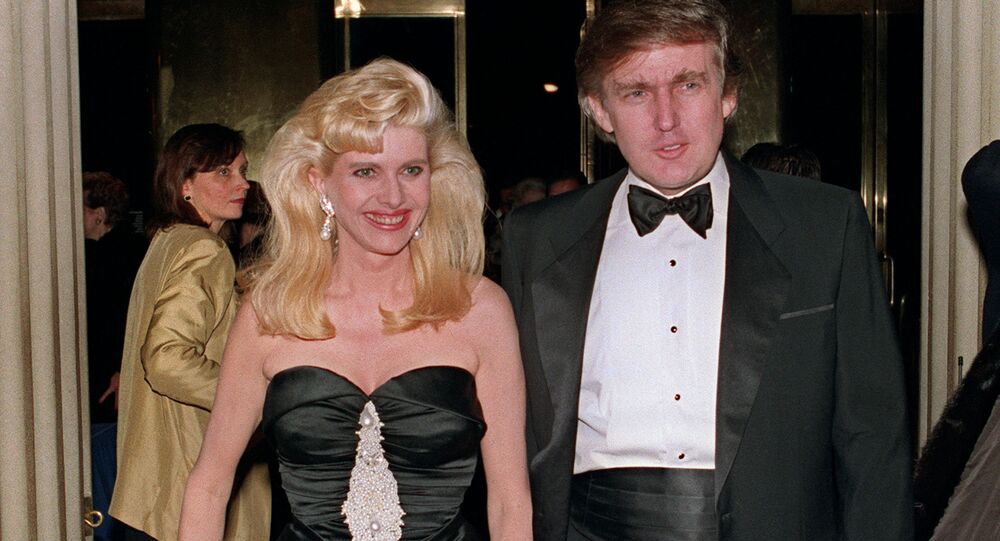 This isn't the first time that the US president has been accused of being worked on or compromised by Eastern Bloc intelligence services.

Czechoslovakia's Statni Bezpecnost (StB) intelligence service began keeping tabs on Donald Trump after his marriage to Czechoslovak model Ivana Zelnickova, and did so until the communist government's collapse in 1990, Czech magazine Respekt and The Guardian report, citing former StB agents and documents.

According to archival papers, Milos Zelnicek, Ivana's father, gave the StB reports on Trump during his daughter's visits home to Gottwaldov, the southwestern Czechoslovak town where she was born and raised.

Archival records show that the StB's interest in Trump increased after the 1988 presidential elections in the US, with the first directorate responsible for foreign espionage asked to "deepen" its monitoring of the real estate mogul at the time.

Speaking to the outlets, ex-StB official Vlastimil Danek confirmed that Trump "was of course a very interesting person" for Czechoslovak intelligence. "He was a businessman, he had a lot of contacts, even in US politics. We were focusing on him, we knew he was influential. We had information that he wanted to be president in the future," Danek said.

© AP Photo / Brian Lawless/PA
Hillary Clinton Berated on Twitter for Accusing Trump of Urging to 'Hack Her'
Trump hinted at having presidential ambitions in the late 1980s, taking out political op-ed ads in major US newspapers, and appearing on talk shows, including the Oprah Winfrey Show, where he outlined trade and foreign policy views similar to those he holds today.

Danek confirmed that the first directorate was interested in Trump, but couldn't confirm or deny that the StB had shared whatever intelligence it had on the future president with their sister communist intelligence agency, the KGB.

In a confidential document dated January 23, 1989, local StB deputy head Lieutenant Peter Sury wrote that during a visit with her parents in October 1988, Ivana Trump "confidently" predicted George H.W. Bush's election victory, with her prediction said to come "from the highest echelons of power in the US." The agent proposed staying in contact with Ivana's father to attain more information on US foreign policy, politics and economics, as well as its intelligence services, from Ivana, who was said to have moved in the "very top political circles" in the US at the time, thanks to her influential husband.

© AP Photo / Doug Mills
'Agent Trumpsky': Twitter Explodes as US Media 'Reveals' POTUS was 'Soviet Mole'
Donald and Ivana Trump divorced in 1992, but have remained on amicable terms. Neither have commented on the Respekt/The Guardian story.

Donald Trump has faced repeated (and never substantiated) claims of collusion with Russia since his victory in the 2016 presidential election. Recently, US media urged those accusing Trump of such collusion to 'prepare to be disappointed' with the much-awaited findings of FBI investigator Robert Mueller's report.