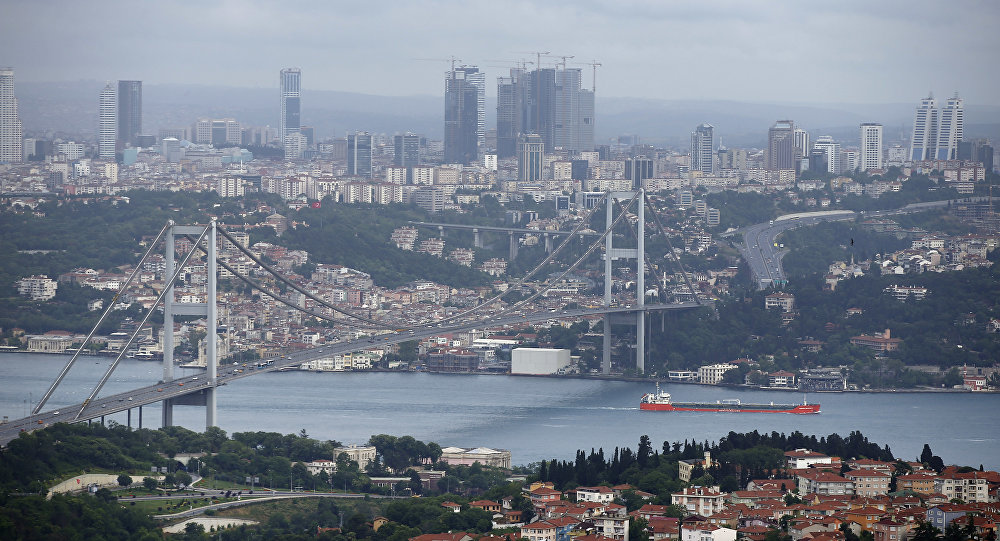 Russian President Vladimir Putin arrives in Istanbul on Saturday to take part in a quadrilateral summit on the Syrian settlement where he will be joined by his international counterparts: French President Emmanuel Macron, German Chancellor Angela Merkel and Turkish President Recep Tayyip Erdogan.

On the sidelines of the summit, Putin is planning to hold a number of bilateral meetings, including talks with Erdogan. The summit will also host bilateral talks between Russian Defense Minister Sergei Shoigu and his Turkish counterpart Hulusi Akar.

In addition, German Chancellor Angela Merkel and French President Emmanuel Macron are expected to arrive at Istanbul's Vahdettin Mansion prior to the summit.

According to the Kremlin's press service, the four leaders will discuss Syria and "several other pressing international issues." However, no clarification has been provided with regards to other issues that might be discussed during the top-level meeting.