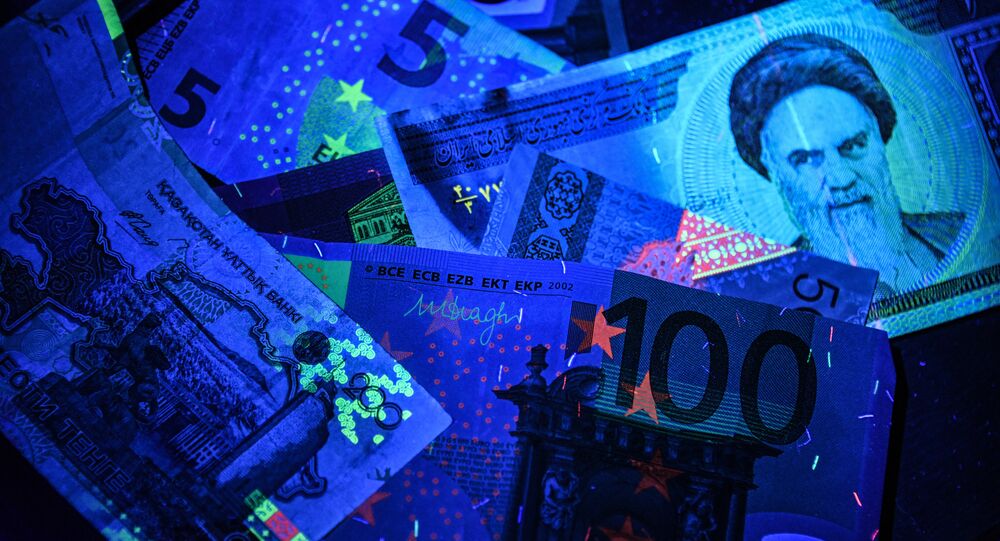 MOSCOW (Sputnik) - An EU mechanism to facilitate transactions with Tehran is an important step toward preserving the Iran nuclear deal in the light of the United States’ withdrawal and reinstatement of sanctions, Iranian President Hassan Rouhani said on Wednesday.

The statement of the Iranian President referred to the words of EU foreign affairs chief Federica Mogherini and foreign ministers of the five other remaining signatories to the nuclear deal, who had announced the decision to establish a Special Purpose Vehicle (SPV) in September. According to the European politicians, it would facilitate legitimate transactions with Iran, related to the country’s exports, including oil, and imports.

The SPV was a response to Washington's sanctions against Tehran, with the first round of restrictions reinstated in August, while the second to take effect on November 5.

© AFP 2020 / ATTA KENARE
Can Non-Dollar Payments Help EU Avoid US Sanctions in Trade With Iran?
On May 8, US President Donald Trump announced the United States’ withdrawal from the JCPOA. Trump said the United States would re-impose the previously lifted sanctions against Tehran, including secondary sanctions that target countries doing business with Iran. Other parties to the nuclear deal – Russia, China, France, Germany, the United Kingdom, and the European Union – have opposed the US decision and pledged to maintain ties with Tehran.
...
Reddit
Google+
Blogger
Pinterest
StumbleUpon
Telegram
WhatsApp
10