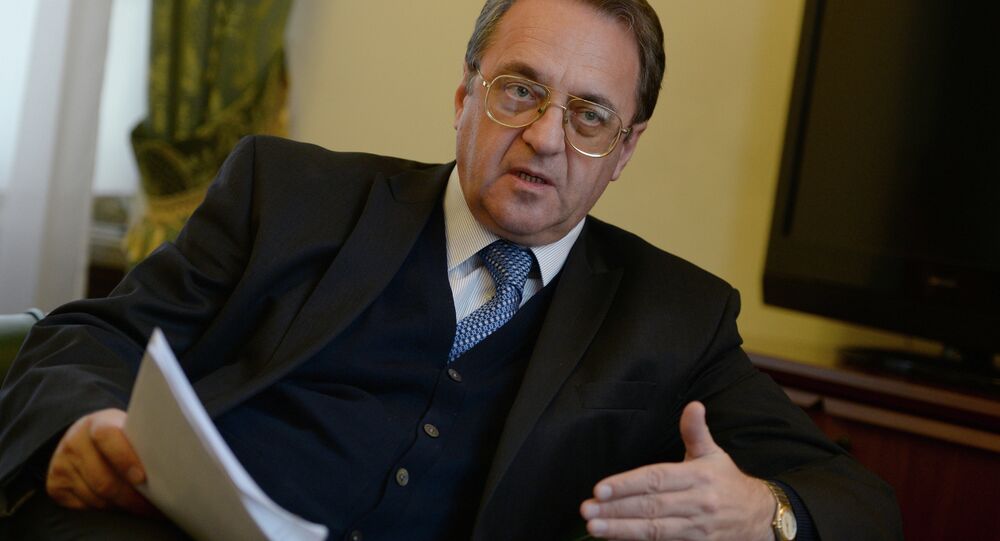 MOSCOW (Sputnik) - Russian Deputy Foreign Minister Mikhail Bogdanov on Saturday discussed with the head of the Libyan government headquartered in the eastern city of Al Bayda, Abdullah Thinni, the situation in the conflict-torn country and ways to intensify the political settlement, the Russian Foreign Ministry said.

“The sides discussed the situation in Libya as well as the state and prospects of Russian-Libyan relations, including the intensification of a politial dialogue … The Russian side reaffirmed its principled position in support of the unity, territorial integrity and sovereignty of the Libyan state, as well as its readiness to continue working to achieve this goal in contacts with all key Libyan political and regional forces,” the ministry said in a statement.

© Sputnik / Alexey Vitvitsky
Trump May Attend International Conference on Libya in Italy in November - Conte
Thinni, in turn, stressed the importance of Russia’s efforts to facilitate the stabilization in the conflict-hit country.

Libya has been torn apart by conflict since the long-time leader Muammar Gaddafi was overthrown in 2011. The eastern part of the country is governed by the parliament, backed by the Libyan National Army (LNA) and located in Tobruk. The UN-backed Government of National Accord (GNA), headed by Prime Minister Fayez Sarraj, operates in the country's west and is headquartered in Tripoli.