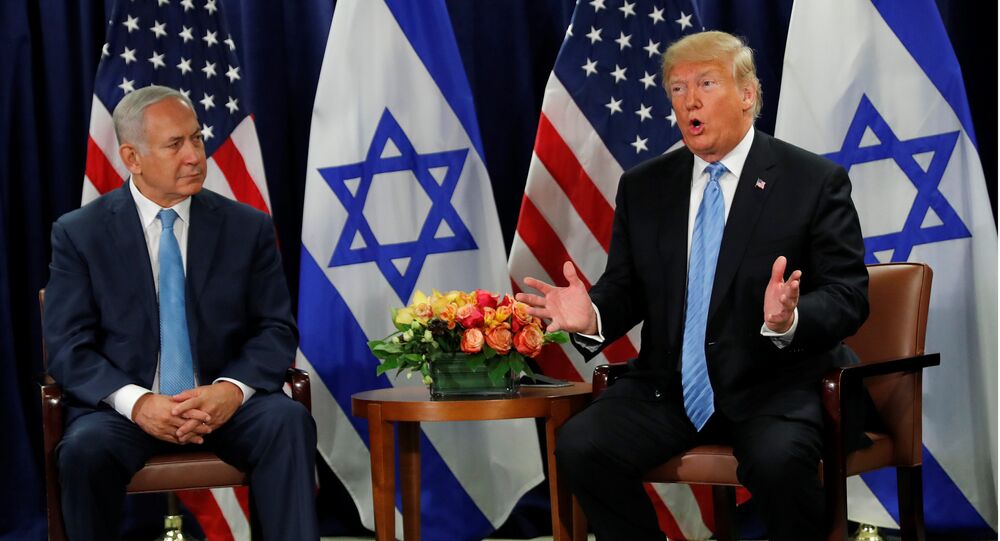 Israeli Prime Minister Benjamin Netanyahu and US President Donald Trump have met at the UN General Assembly and gave statements after the meeting.

"I like two-state solution. I think the two states solution will work best. A lot of progress has been made, Israel and the Palestinians want to do something. We'll start moving pretty soon rapidly," US President Donald Trump said when asked if he supports such an outcome.

He also emphasized that he felt that it was best and that the Palestinians want to return to the negotiating table.

"After our Jerusalem move, Israel will have to do something good for the Palestinians," the US president noted.

According to Trump, the US supports what Israel is doing in Syria, "they have to be aggressive in that part of the world."

During a joint press statement, Trump announced that he plans to present the US peace deal during his first term as president, adding that he intends to achieve other things in his second term.

The US president specified that Washington's Middle East plan will be unveiled within four months.

Washington has repeatedly pledged to contribute to a settlement of the conflict, but Palestine does not accept the United States as a mediator as it supports Israel by having recognized Jerusalem as the Israeli capital and cutting financial aid to Palestine.