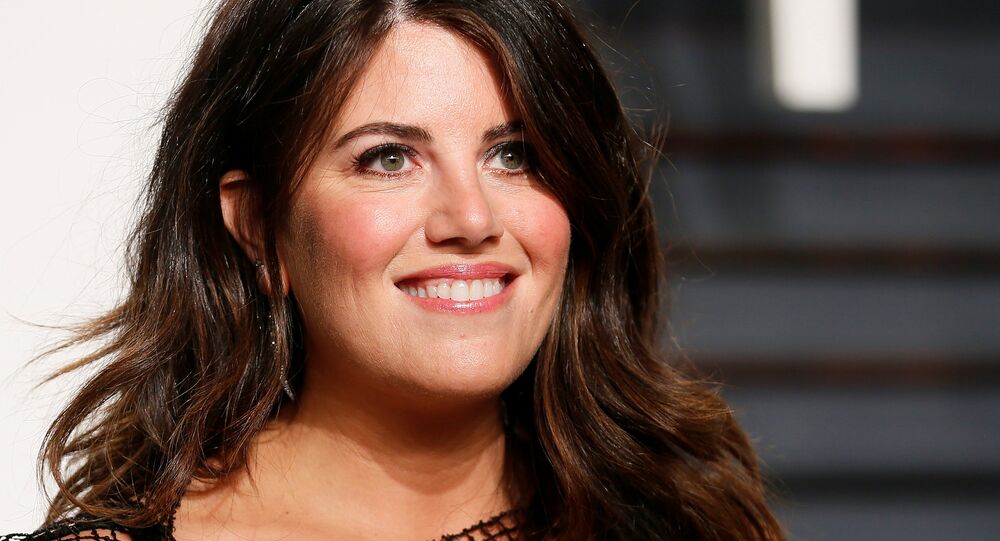 The former White House intern turned anti-bullying activist cut the interview short after being asked a question related to her affair with former US President Bill Clinton.

The Israel Television News Company has denied violating the previously agreed-upon terms of an interview with Monica Lewinsky, Haaretz reports.

"The Israel News Company was careful to abide by all of the agreement with Monica Lewinsky and to honor all her requests. The question that was asked was legitimate, appropriate and respectful and in no way deviated from Ms. Lewinsky's requests," the company said.

Lewinsky, however, wrote on Twitter that the question which prompted her to cut the conversation short and leave the venue was presented to her by the interviewer "the day prior" and that Lewinsky herself said back then that that question was "off limits."

"When she asked me it on stage, with blatant disregard for our agreement, it became clear to me I had been misled. I left because it is more important for women to stand up for themselves and not allow others to control their narrative," she insisted.

so here’s 👇🏻 what happened… pic.twitter.com/Y7gLs3SDLF

© AP Photo / Lionel Cironneau
Monica Lewinsky Makes Quick Exit After Interviewer Asks Off-the-Table Clinton Question
On Monday night, Lewinsky was expected to give an interview immediately after the end of a speech at a conference organized by the Israel Television News Company at the Jerusalem Convention Center.

However, after news anchor Yonit Levi, who was doing the interview, asked her if she was still expecting a private apology from Clinton 20 years later, Lewinsky simply responded to her question with “I’m sorry, I’m not going to be able to do this,” and quickly exited the stage.

After Lewinsky’s rapid departure from the interview stage, a Channel 2 News spokesperson expressed gratitude for Lewinsky's appearance, and that the media outlet would "respect her sensitivity and wish her luck."