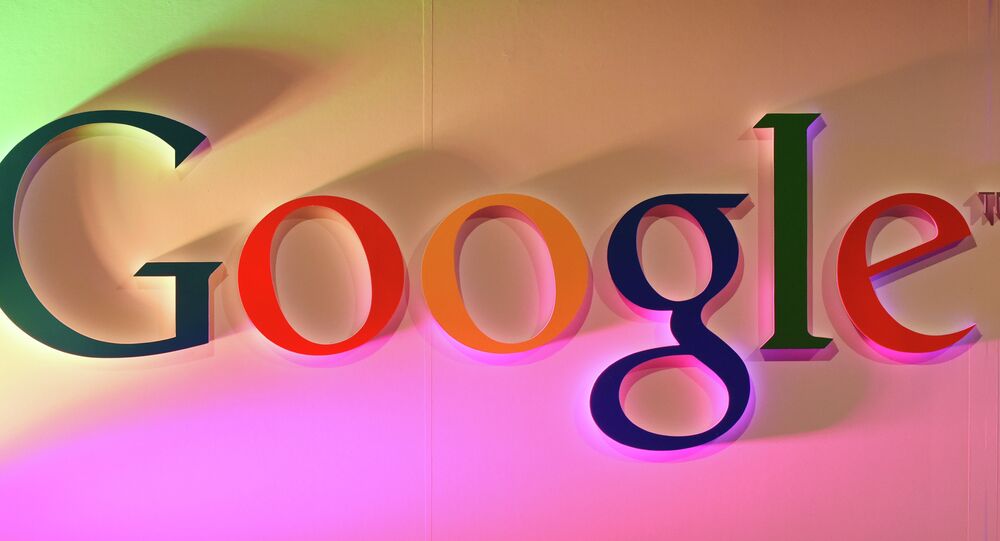 MOSCOW (Sputnik) - US President Donald Trump has criticized tech giant Google for spreading misinformation about himself and accused the company of hiding stories with positive content about his presidency.

"Google search results for 'Trump News' shows only the viewing/reporting of Fake New Media. In other words, they have it RIGGED, for me & others, so that almost all stories & news is BAD… 96% of results on 'Trump News' are from National Left-Wing Media, very dangerous. Google & others are suppressing voices of Conservatives and hiding information and news that is good. They are controlling what we can & cannot see. This is a very serious situation-will be addressed!" Trump said on Twitter on Tuesday.

"Search is not used to set a political agenda and we don’t bias our results toward any political ideology," Google said in the statement.

© AP Photo / Virginia Mayo
Google Releases US Political Ads Database Revealing Who’s Paying for Them
Trump has repeatedly derided the US press as "the enemy of the people" and "the opposition party," even branding certain media outlets as "fake news."

Trump renewed his criticism of the press earlier in August, saying the "fake news media" was bad for the United States. Trump's comments came as hundreds of newspapers across the country published editorials protesting the president's attacks on the free press.

The United States occupies the 25th position in the 2018 World Press Freedom Index, prepared by Reporters Without Borders (RSF). The country ranked 43rd out of 180 states in the previous year's ranking.