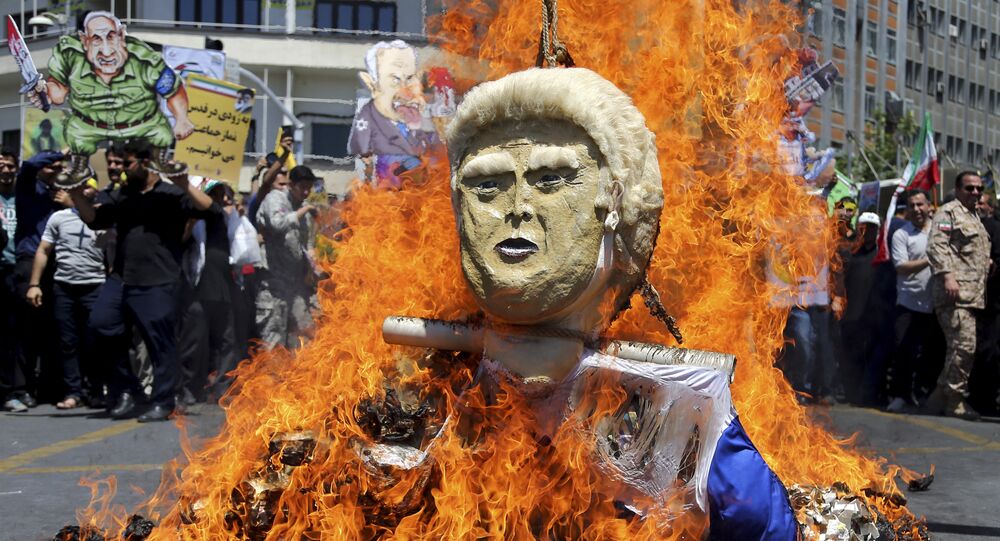 The statement comes a day after Iran asked the International Court of Justice to order the United States lift the renewed nuclear-linked sanctions.

On Tuesday, the United States told UN judges that they had no jurisdiction to rule on Tehran's demand for them to order the suspension of sanctions, which Washington imposed after its withdrawal from the so-called Iran nuclear deal.

US State Department lawyer Jennifer Newstead told the International Courty of Justice (ICJ) in The Hague that the 1955 friendship treaty under which Iran has challenged the sanctions cannot "provide a basis for this court's jurisdiction."

Running Counter to 'US Policies'

University professor and Middle East specialist Dr. Alam Saleh told Sputnik that the ICJ's ruling are obligatory, but the court has no tools to implement its verdicts. He argued that the ICJ's decision favoring Tehran would "further undermine US policies and intentions."

"The court verdict in few week time may not necessarily have some tangible affect for anyone, [but] it will surely have some strong political implications and yet again it further undermines US recent policies not only against Iran, but  the international community as well."

He went on to say that the US withdrawal from the 2015 nuke deal underlined Washington's "legitimacy and credibility in dealing wiht security crisis in the Middle East and beyond."

On Monday, Iran filed a suit at the ICJ, demanding a suspension of the US nuclear-related sanctions. Tehran cited severe damage to the country's economy and claimed that Washington had violated the 1955 Treaty of Amity, a bilateral agreement which regulates economic and consular ties between the two countries.

In May, US President Donald Trump announced that the US would withdraw from the landmark 2015 nuclear deal, which lifted crippling economic sanctions from Iran in exchange for curbs on its nuclear program. The US went ahead with new sanctions on trade with Tehran, including those preventing other countries from doing business with the Islamic Republic. Donald Trump claimed that sanctions are required to ensure that Iran never builds a nuclear bomb, calling the 2015 agreement "the worst deal ever."

Washington plans to add Iranian oil and gas to the sanctions on Iranian cars, aircraft, gold and other metals, which are already in place, during their second phase in November.

US Trying to Harm Regular Iranians, No Link to Nuclear Activities – Prof