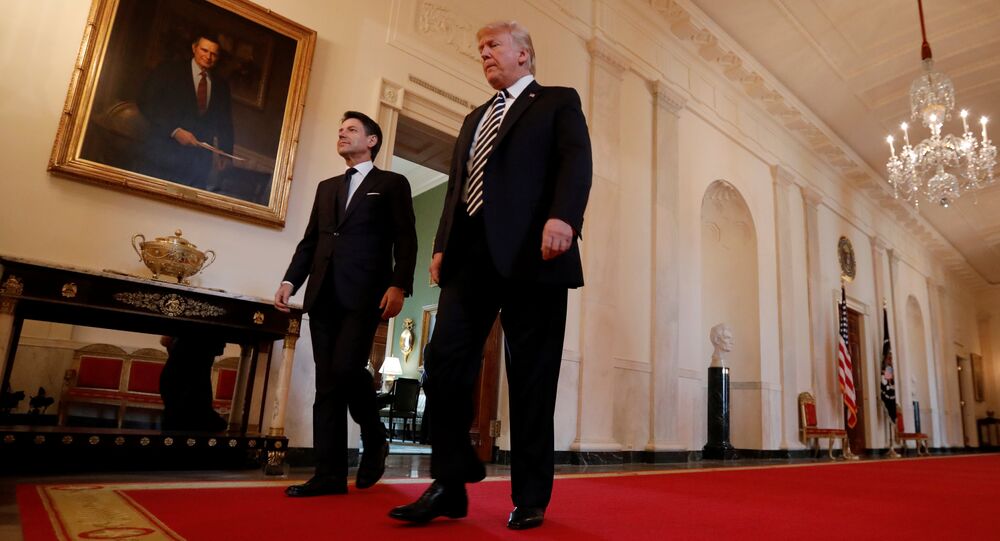 The Corriere Della Sera newspaper reported that Conte doesn't seem to have given any details about Trump's proposal and it is yet unknown what aid, in particular, he was offering and whether it would be provided at all.

This is not the first time the US president has drawn attention to the Italian economy. Following his visit to Washington in July, Prime Minister Conte posted a video on his official Facebook page, featuring Trump calling for investments in Italy at their joint press conference.

Reports on Trump's offer come amid US trade wars launched by the president across the world, including the countries comprising the European Union. In June, Trump slapped Europe with tariffs on steel and aluminum imported into the United States.

According to the Central Bank of Italy, the country's public debt reached an all-time high in April, exceeding 2.3 trillion euros (around $2.7 trillion). In 2019, the Central Bank will place over 400 billion euros worth of bonds on the market in order to service the state's debt, the outlet said.