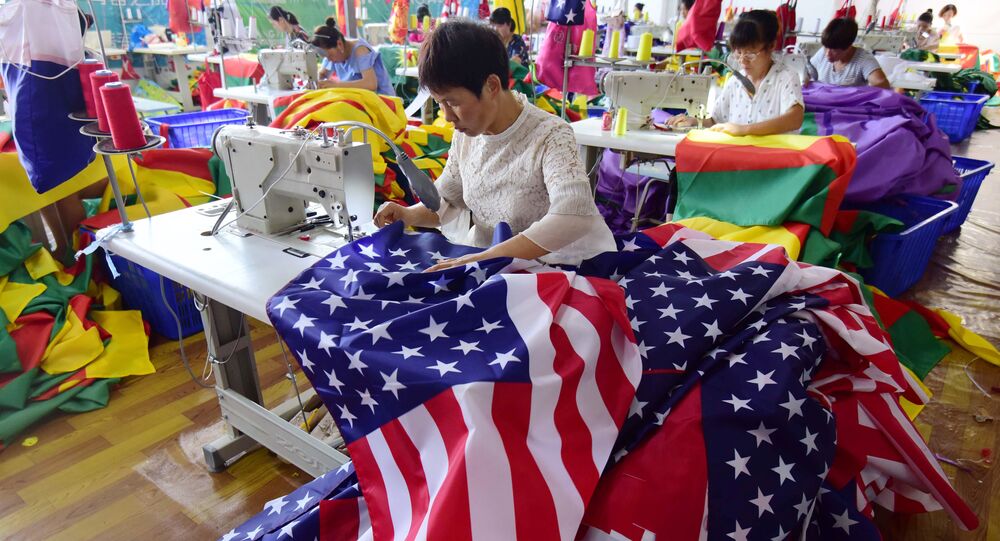 BEIJING (Sputnik) - A statement by the United States that Beijing is responsible for the failure of the China-US trade talks is untrue, Washington itself "closed the door" to dialogue, the Chinese Commerce Ministry said on Thursday.

According to the ministry's spokesman, Gao Feng, "if one fully considers the development of the situation, it is the United States that has not kept its word and constantly changed its decisions, Washington has closed the door to bilateral negotiations."

"We noted that the United States is carrying the policy of 'psychological terror' in trade by imposing tariffs against the entire world, while simultaneously expressing its grievances and [making] statements about its own innocence, trying to shift all the responsibility to others," Gao added.

© REUTERS / Hyungwon Kang
Biggest 'Confidence Killer' for World Economy: Beijing on US-Led Trade War
On Wednesday, US President Donald Trump's top economic adviser Larry Kudlow said Chinese President Xi Jinping had no intention of following through on any of the trade reforms the two countries had discussed during several sessions of trade negotiations, adding that the talks have stalled at the moment.

Trump's Trade War to Be Costlier than Feared