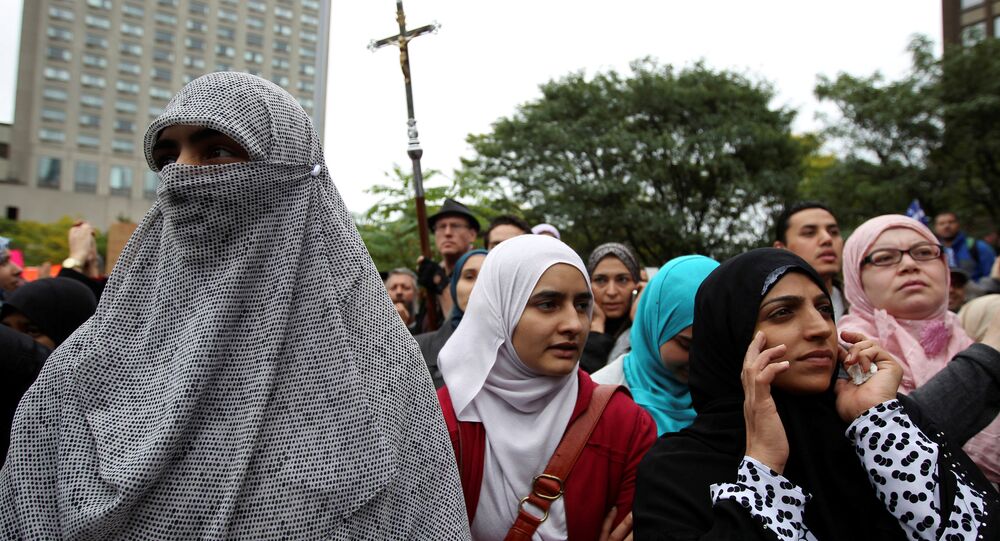 The niqab ban was introduced in Quebec last October and it forbids women from covering their faces, especially those women giving or receiving public services.

Since its introduction the ban has affected teachers, students, hospital employees and many other women in various professions.

© CC BY 2.0 / Beau Giles / Ban the Burqa
Bavaria's Burka Backlash: German State to Outlaw Face Covering in Public
Many Muslim women protested the introduction of the ban. Since then a judge back in December suspended it until the provincial government crafted new regulations.

The new rules which included arrangements for individuals to obtain religious exemptions were set to take effect on Sunday.

However, another judge on Thursday called the new regulations confusing and ambiguous and suspended implementation again while a court challenge goes ahead.

Quebec Superior Court Judge Marc-Andre Blanchard wrote in his ruling that the law appeared violate the Canadian Charter of Rights and Freedoms, as it could cause Muslim women “irreparable harm.”

© AFP 2021 / Behrouz Mehri
'Zorro of the Niqab' Millionaire Pledges to Pay Danish 'Burqa Fines'
But Quebec’s Liberal government has defended the law, saying it does not discriminate against Muslim women. Moreover, according to him it is necessary for reasons of security, identification and communication.

As of 2011 Quebec had about 243,000 Muslim residents out of a population of eight million, according to Statistics Canada.

So far France, Belgium, the Netherlands, Bulgaria and the German state of Bavaria have imposed bans on full-face veils in public places. Denmark plans to introduce its own ban in the near future.