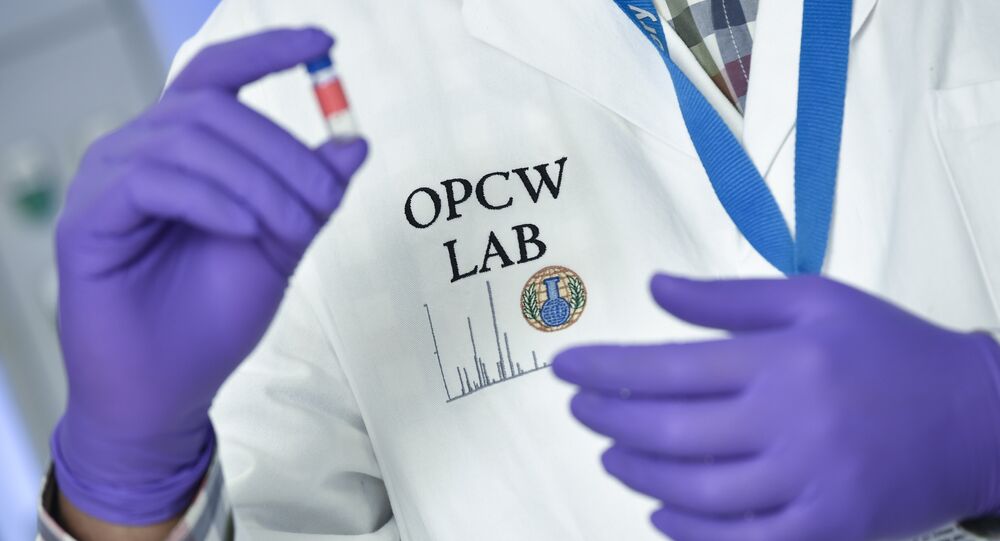 OPCW member states are set to discuss a British-led proposal to strengthen the body at a special two-day session, which is likely to see a rise in tensions between Russia and Western nations, which have escalated following the Skripal poisoning and chemical attacks in Syria.

Tuesday's meeting of OPCW members comes as chemical arms inspectors are expected to present a report on suspected sarin and chlorine gas attack in Syria's Douma in April.

The UK delegation headed by Foreign Secretary Boris Johnson is expected to use the session to push a bid to authorize the inspectors to identify those behind the chemical attacks.

At the moment, the OPCW only has the power to determine whether chemical weapons were used in a specific accident after the inspectors conduct their fact-finding visit.

On June 13, Boris Johnson tweeted that the UK had tabled a draft decision to strengthen the ban on chemical weapons. "We propose the OPCW begins attributing responsibility for chemical weapons attacks in Syria," he said. The draft proposal must get two-thirds of the votes to get passed, minus any abstentions.

London called on the OPCW members to come together following the Douma attack and the poisoning of former Russian spy Sergei Skripal and his daughter in England's Salisbury, which the UK believes Russia had supported.

Russia has fiercely opposed the UK's bid to allow the OPCW to assign blame for chemical attacks in Syria and elsewhere. On June 25, Russia's deputy foreign minister warned against "attempts to sow discord within the OPCW" as he spoke to the UN Security Council.

"At the special session of the OPCW Conference of the States Parties that opens tomorrow, we may, regrettably witness attempts of turning this technical structure into a political battlefield," he remarked.

Prior to The Hague talks, Russia's permanent representation to the OPCW claimed that "attributive function goes beyond the mandate" of the chemical weapons watchdog.

Russia-UK relations reached their lowest level since the end of the Cold War following the March Salisbury attack, when the UK alleged that the nerve agent used in the attack was developed by the Soviet Union. After Russia denied London's accusations, Theresa May hit the Kremlin with a series of sanctions, including the expulsion of 23 Russian diplomats who were allegedly intelligence agents. Russia responded with a tit-for-tat expulsion of British diplomats and the closure of the British Council.

The Kremlin also claimed that the Douma attack, which reportedly killed around 70 people in April, was staged by the UK that was seeking a pretext for Western military action in Syria and overthrowing Syrian President Assad.