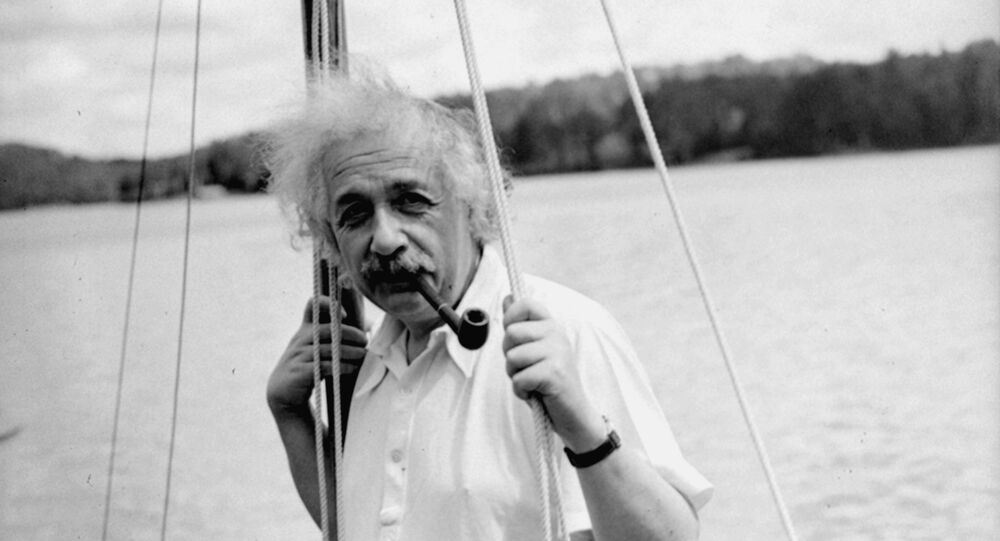 Excerpts from the travel diaries of the famed Swiss physicist Albert Einstein have been recently translated into English. They contain some observations of China and India, which have been denounced by Ze’ev Rosenkranz, who edited the diaries, as “dehumanizing” and “xenophobic.”

Many Chinese internet users seem to be cool with the controversial statements made by the renowned physicist in his freshly posted private diaries, in which he described the Chinese as “industrious, filthy people.”

“Einstein went to China at the wrong time,” said a user on Weibo, one of China’s largest social media platforms, referring to the early years of the Chinese republic, established in 1912. He stressed that back then, China was suffering from hunger, war and poverty, thus making it hard for Einstein to respect the country.

Another Weibo user described the China Einstein saw as “poor and lagging behind," adding that "sometimes there were famines, most of the people were illiterate… Babies died young so people had to have more children to ensure survival. It’s hard not to discriminate against a China like this.”

© Flickr / NASA Blueshift
Surfs Up! Internet Frenzy Over Potential Discovery of Einstein's Gravitational Waves
Some have likened Einstein’s controversial comments to works by Lu Xun, a Chinese author commonly considered the most influential fiction writer in the country’s modern history. “We praise Lu Xun because he pointed out our disadvantages. Why should we blame Einstein for this?”

Excerpts from Einstein’s diaries written during his months-long travel to Asia in 1922-1923 were posted online this week and their content came as a shock to Einstein fans.

“Chinese don’t sit on benches while eating but squat like Europeans do when they relieve themselves out in the leafy woods,” he wrote. “It would be a pity if these Chinese supplant all other races. For the likes of us, the mere thought is unspeakably dreary.”

Albert Einstein was a German-born theoretical physicist of Jewish descent who immigrated to Switzerland as a young man. His theory of relativity, one of the foundations of modern physics, underlies our understanding of particle physics and gravitation. Forced to flee Europe in 1933 to escape Nazi persecution, Einstein was also well-known for his pacifism, humanitarian and political activism.