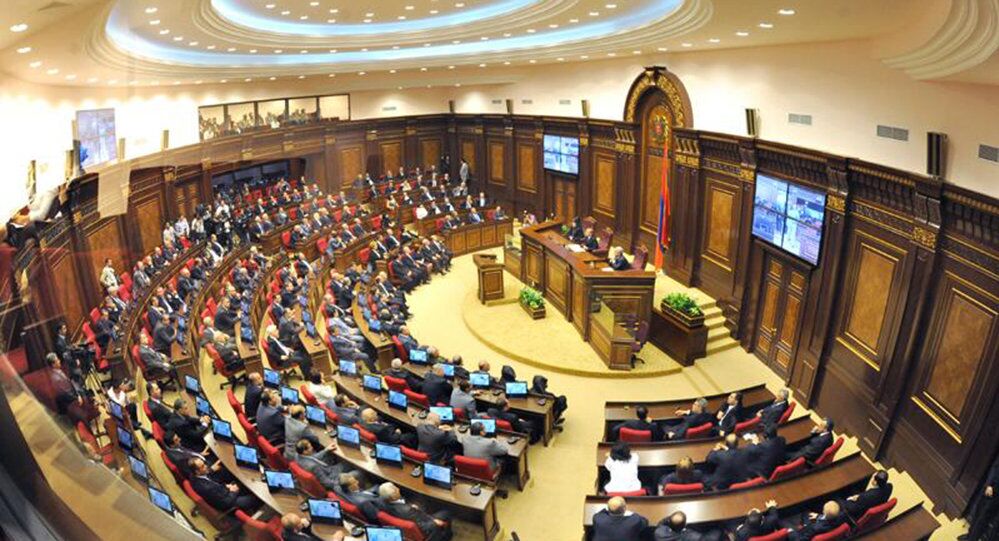 YEREVAN (Sputnik) - A snap parliamentary election will be held in Armenia even if the formerly ruling Republican Party of Armenia (RPA) is against it, Armenian Deputy Prime Minister Tigran Avinyan said Sunday.

"Our people is getting ready to hold a snap election, and it will take place despite the RPA wishes," Avinyan told journalists.

The deputy prime minister added that there were constitutional mechanisms allowing to dissolve the current parliament.

© REUTERS / Gleb Garanich
Pashinyan Invites Renowned US Economist to Restore Armenia’s Economy
Armenian Prime Minister Nikol Pashinyan has repeatedly stressed that the snap election should be held as soon as possible. However, head of the RPA parliamentary group Vagram Bagdasaryan said Friday there was no need for it.

Armenia experienced a political crisis after ex-President Serzh Sargsyan was nominated as country’s prime minister. The situation led to massive protests led by Pashinyan, which finally resulted in Sargsyan's resignation on April 23, followed by Pashinyan's election as the Armenian prime minister on May 8.

Following Pashinyan’s election, the RPA, which still has the majority of seats in the parliament, declared itself an opposition party.