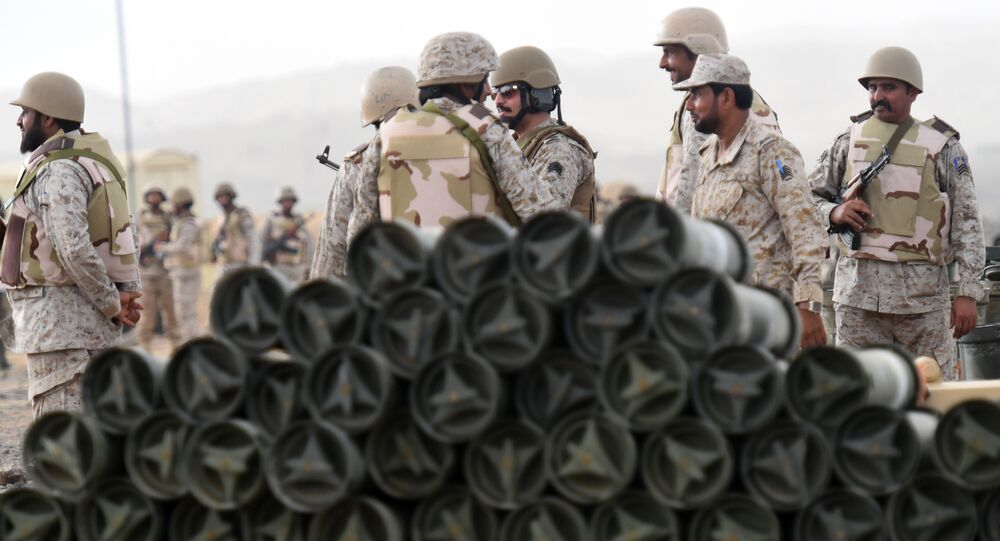 Russia and Egypt are united in their belief that there is no military solution to the conflict in Syria. Moscow and Cairo will coordinate actions on this issue, Lavrov said after talks with Egyptian Foreign Minister Sameh Shoukry in Moscow.

"We are convinced, like our Egyptian friends, that there is no military solution to this conflict. The adjustment of disputes can be achieved exclusively through political means through a comprehensive cross-Syrian dialogue in full accordance with UN Security Council Resolution 2254 and the outcome of the Congress of the Syrian National Dialogue, which was held in Sochi on January 30," Lavrov said.

According to Lavrov, the parties reaffirmed their mutual commitment to the close coordination of Russian-Egyptian actions in the Syrian direction.

© REUTERS / Rodi Said
US Military Presence Near Al-Tanf Base in Southern Syria 'Aggression' - Gov't Delegation
The comment was made in wake of the April 14 missile attack carried out by US, France and the UK forces on a number of targets in Syria, including the facilities in Barzeh and Jamraya, in response to the alleged attack in Douma.

According to the Russian Defense Ministry, a total of 103 cruise missiles were fired by the United States and its allies, 71 of which were intercepted by Syria's air defense systems.

Since 2016, the US has been training Free Syrian Army militants at its military base in al-Tanf, however, it has drawn much criticism from Damascus and Moscow, with the latter voicing concerns that Washington was "spewing Daesh mobile groups who make inroads to launch subversive terrorist operations against Syrian troops and civilians."