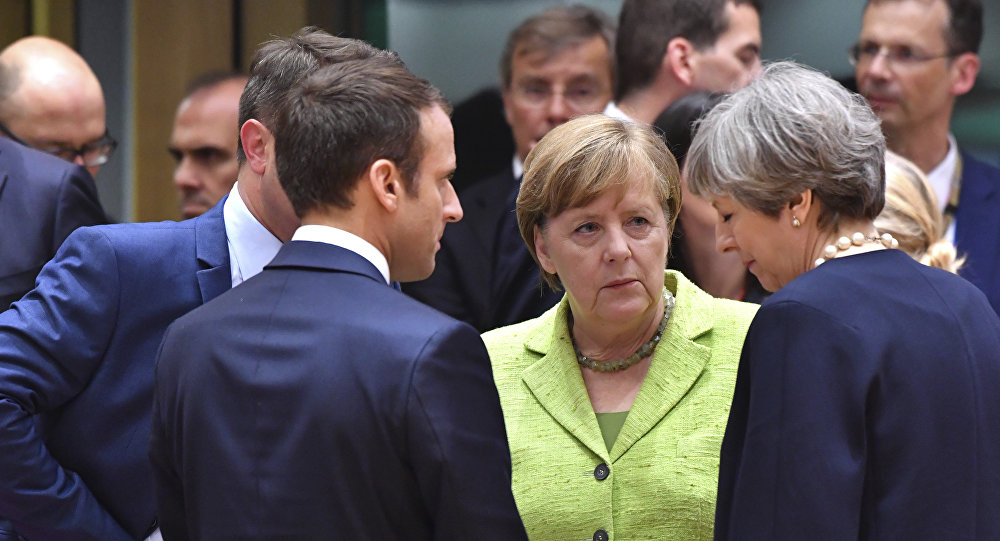 Following Trump's announcement on the US withdrawal from the Iran nuclear deal, Iranian President Hassan Rouhani reiterated Tehran's adherence to the agreement

According to the German cabinet, Merkel told Rouhani that Germany, France, and the UK would remain parties to the JCPOA as long as Tehran fulfills its obligations.

In a telephone conversation between Angela Merkel and Hassan Rouhani, the German chancellor asked for talks to be carried out in a broader format on Iran’s missile program, as well as its regional activities, which include both Syria and Yemen, a statement from her office said.

"She confirmed that Germany, as well as France and Britain, will continue to support the nuclear deal with Iran as long as Iran continues to fulfill its obligations under the agreement," the German cabinet said in a statement.

The German chancellor condemned the recent attacks by Iranian forces on Israeli military positions in the Golan Heights and called on Iran to contribute to de-escalation in the region, according to the statement.

© REUTERS / Lucas Jackson
Any New Sanctions Against Iran to Violate UNSC Resolution 2231, Int'l Norms - Rouhani
On May 8, the US president confirmed his decision to withdraw from the JCPOA and pledged to re-impose the highest level of economic sanctions against Iran in response to Tehran's development of its nuclear program.

In response to the US move, Iranian President Hassan Rouhani stated that Tehran was not going to back out of the JCPOA and that the agreement remained in place between Iran and the five remaining participants of the deal.