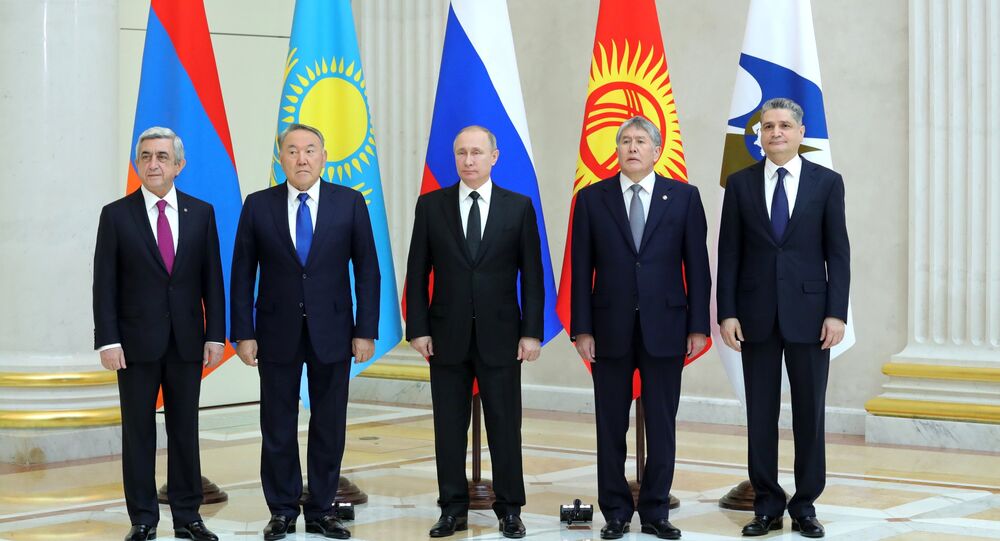 "The relations between Russia and Israel are enjoying great growth and development… Trade in 2017 increased by nearly 20 percent and totaled about $3 billion… Today we have resumed negotiations on the preparation of a free trade agreement with the EAEU member states," Koren said at a reception marking the 70th anniversary of Israel's independence.

© AFP 2020 / JACK GUEZ
Israel Pulls F-15s from Alaska War Games as Tensions Rise with Iran
Koren also drew attention attention to the intensive political dialogue between Russia, which assumed the chairmanship of the EAEU bodies in 2018, and Israel, which was ongoing even at the highest state level.

The negotiations between the EAEU and Israel on the establishment of a free trade zone were launched in October 2015.

The Eurasian Economic Union is an economic bloc of primarily northern Eurasian countries which has been operating since January 1, 2015. The EAEU currently comprises Armenia, Belarus, Kazakhstan, Kyrgyzstan, and Russia.