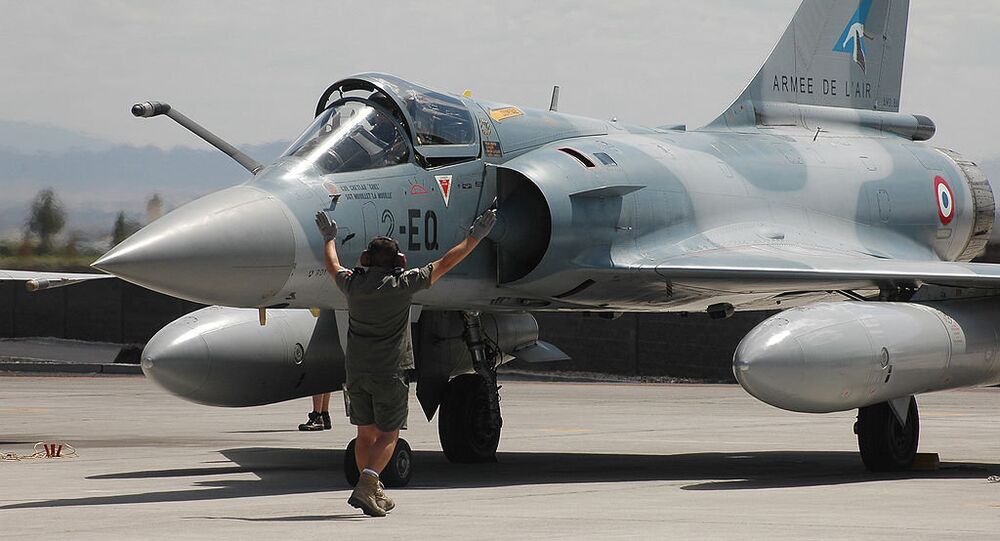 The French president promised to make a decision on whether or not to strike Syria 'when the time comes', and promised that Paris would not allow for an "escalation" to take place in the region.

"We have proof that chemical weapons were used last week, at least chlorine, and that they were used by the regime of Bashar al-Assad," Macron said, in an interview with France's TF1 television channel.

The president added that he would make a final decision on whether to strike Syria after the necessary verifications were carried out. "We will need to take decisions in due course, when we judge it most useful and effective," he said.

Noting that he was in daily contact with US President Donald Trump on the issue, Macron said the goal of any French intervention would be to remove the Syrian government's chemical attack capability.

The president also insisted that France wants to avoid an "escalation, or anything else that would harm regional stability. But we cannot allow regimes that believe they can act with impunity to violate international law in the worst possible way."

Earlier this week, Paris called for a "strong and joint" response to last week's alleged chemical attack in the Syrian town of Douma, which Western powers promptly blamed on the Syrian government. Damascus has denied responsibility. Russian officials called the attack a 'provocation' by militants in a bid for Western support.

© AP Photo / Pablo Martinez Monsivais
Trump Falls Back Via Twitter: "Never Said When Attack on Syria Would Take Place"
Constitutionally, Macron has the authority to launch military operations without parliamentary approval. On Wednesday, Le Figaro reported that if a French attack comes, it would be from an airbase in France itself, rather than from bases in the Middle East.

Also on Thursday, President Donald Trump retreated from his inflamatory remarks via Twitter urging Russia to "get ready" for US strikes in Syria, pulling back to say that the US attack could either be "very soon or not soon at all."

Syrian opposition media outlets reported on an alleged chemical attack in Douma, Eastern Ghouta last Saturday. The Russian Center for Reconciliation sent inspectors to the area said to have been hit, finding no trace of chemical weapons use. Moscow has since called for an independent international investigation into the matter.